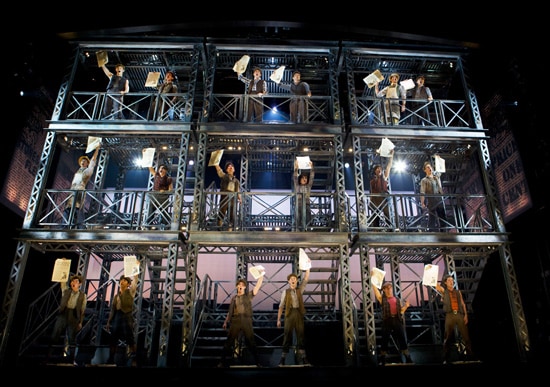 Based on the 1992 movie of the same name, NEWSIES is the rousing tale of Jack Kelly, a charismatic newsboy and leader of a ragged band of teenaged late 1890s newspaper sellers (a.k.a. “Newsies”), who dreams of a better life far from the hardship of the streets. 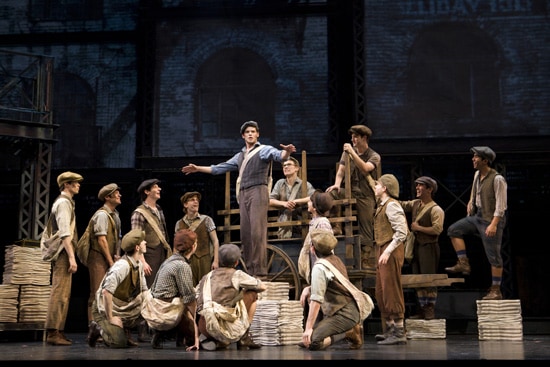 Did you know that the newsboys also roamed the streets of Disney’s Hollywood Studios trying to sell the day’s news back in 1994? Here they are at a special event with a headline reading “Sunset Boulevard Gala Tonight.” 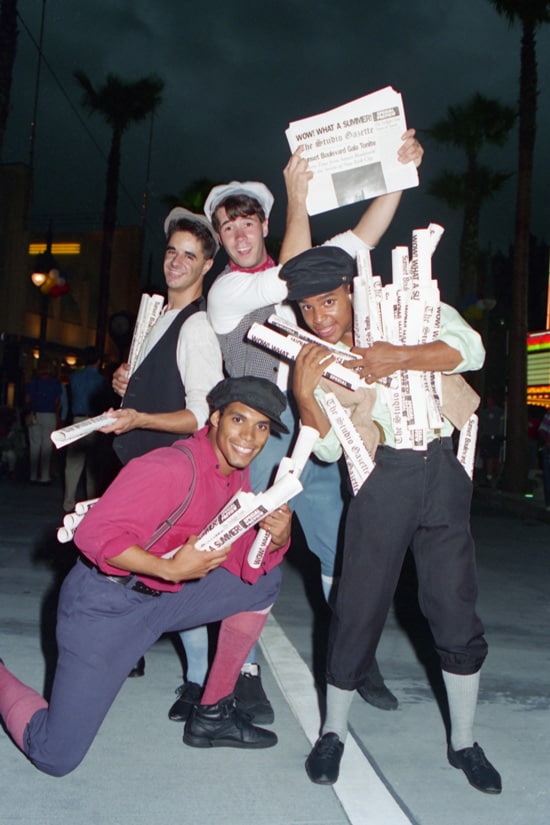 While the boys are no longer selling their papers on the streets of Disney’s Hollywood Studios, you can catch them on Broadway in NEWSIES for 12 weeks only. Visit the Disney’s NEWSIES website for more information.