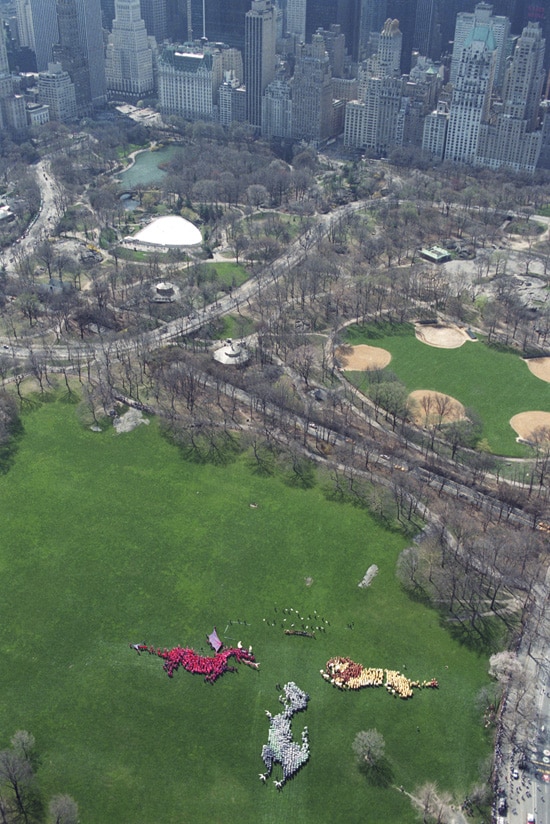 Using “human animation” these performers brought a lion, dinosaur and fire-breathing dragon to life, each spanning approximately half a football field in length at Sheep Meadow inside Central Park. Taking months to choreograph, the stunt aired on “Good Morning America” and the Walt Disney World Easter Parade. 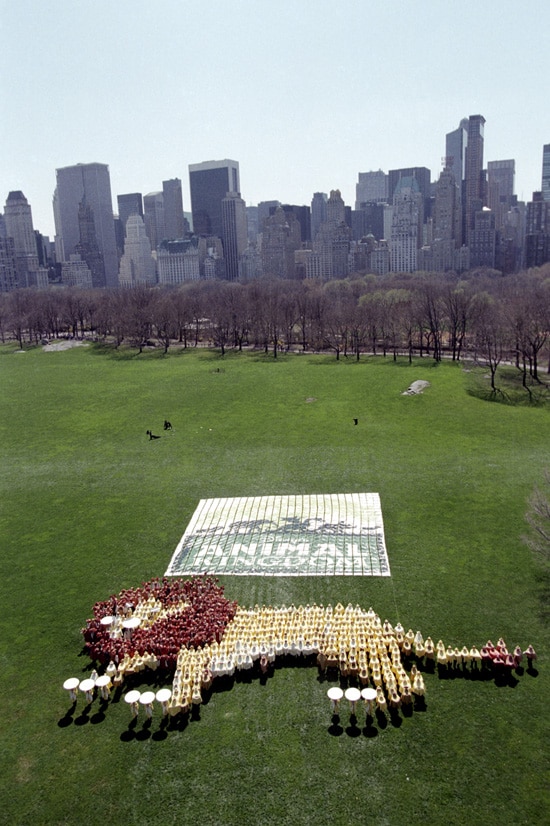 Many props were used to help bring these animals to life including three hundred pom-poms to create the lion’s mane and sixteen spikey flags for the dragon’s back.

And while that lion in Central Park is quite impressive, it doesn’t even hold a candle to the real lion I’ve seen while on my two-week adventure over at Kilimanjaro Safaris.