UPDATE: New Orange Bird images have emerged from this morning’s announcement. Check out the new images below!

Well, isn’t this a surprise?

Early this morning, D23 representatives announced the return of the historic Orange Bird character live in Adventureland before a small group of D23 members.

In case you aren’t familiar, Orange Bird was a character who was developed specifically for Magic Kingdom Park in the 1970s. This cheerful bird originally greeted families at Sunshine Tree Terrace in Adventureland, where guests could also enjoy citrus drinks and buy Orange Bird gifts. At one time, the character even had his own record, which was released in 1971 to feature “The Orange Bird Song” – a tune penned by the Sherman Brothers (composers of the songs in “Mary Poppins” and “The Jungle Book”).

We’ll have photos to share from the announcement shortly, but in the meantime, here’s a brand-new desktop wallpaper by Jason “Tiki” Tackett for you to enjoy! 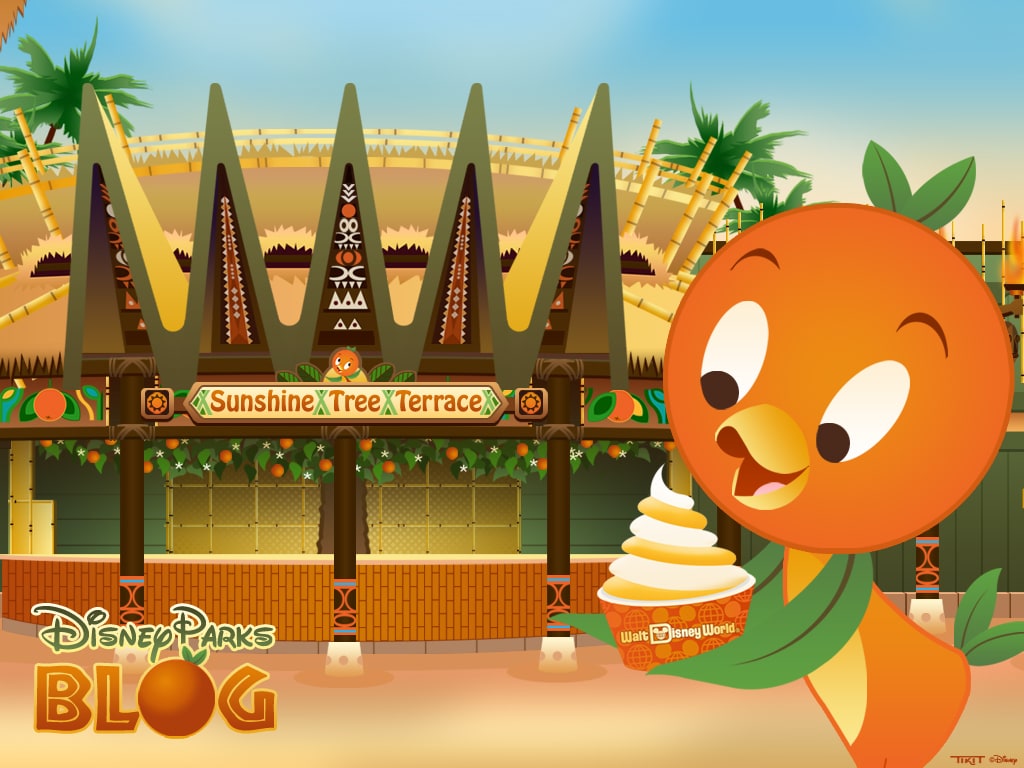 Check out these posts for more of the latest happenings at Magic Kingdom Park: