We’re back to regular publishing around here after a first-ever April Fool’s Day Menehune takeover of the site. Thank you to all of the loyal Disney Parks Blog readers who took part in the fun. And if you received a Menehune-inspired Vinylmation, congratulations! 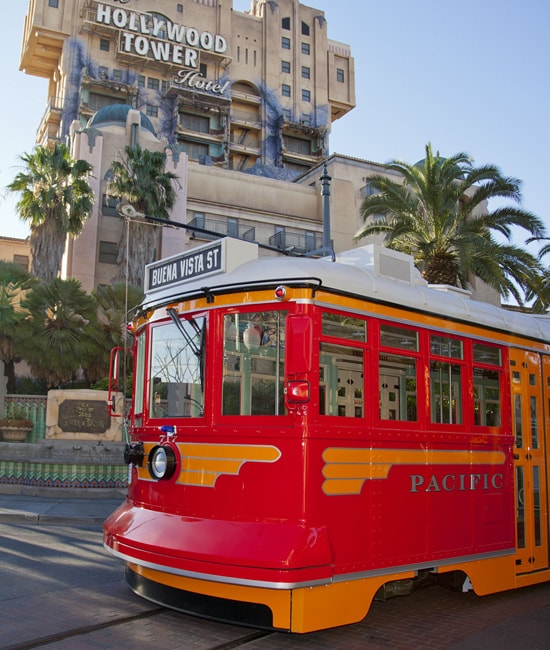 Last week, we shared some of the first images of the Red Car Trolley during some test runs through Hollywood Pictures Backlot (soon to be called Hollywood Land) at Disney California Adventure park. There are more images from Disneyland Chief Photographer Paul Hiffmeyer in Erin’s original post – check it out.

And did you see? “Marvel’s The Avengers”-themed monorail will debut this spring at the Walt Disney World Resort. It’ll be similar to the “Tron”-themed wrap we’ve shared before. Keep checking the blog for more details.

Here are some of the other stories we worked on:

Merida from ‘Brave’ is Coming to Disney Parks – Merida, the headstrong teenager from the upcoming Disney•Pixar movie “Brave,” will appear in Fairytale Garden at Magic Kingdom Park this summer for mischief and fun.

Q&A with Imagineer Joe Rohde, Recipient of the Buzz Price Thea Award Recognizing a Career of Distinguished Achievements – We had the opportunity to chat with Joe about his recent award and his career at Walt Disney Imagineering – check out the full interview in this post.

The Adventurous Tale of the Great Goofini at Magic Kingdom Park – Check out the new backstory of Barnstormer featuring the Great Goofini, seen in circus posters found throughout Storybook Circus.