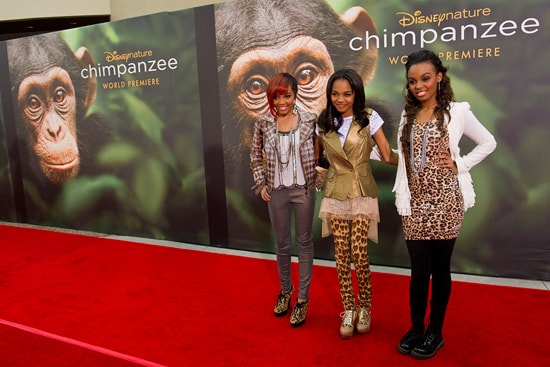 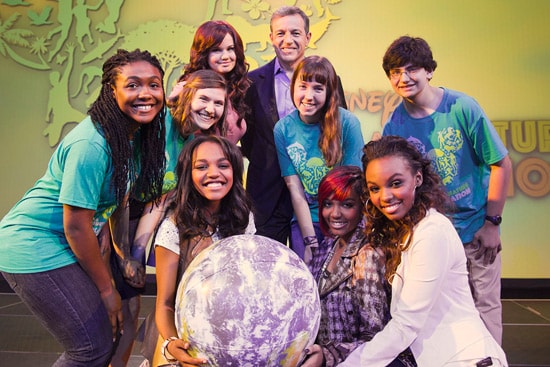 Hear the story of Oscar, a young chimpanzee unexpectedly left to fend for himself, and you can’t help but want to help chimpanzees. The great news is we can! One way is to see the film during its opening week. Disneynature has joined forces with the Jane Goodall Institute for a special “See ‘Chimpanzee,’ Save Chimpanzees” program. During the film’s opening week (April 20-26), Disneynature will make a donation to the Jane Goodall Institute through the Disney Worldwide Conservation Fund to help protect chimpanzees and their habitats. 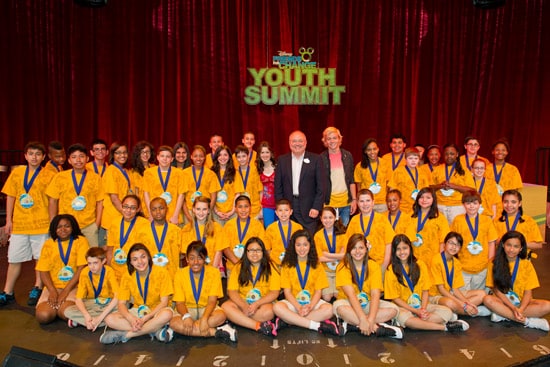 Last Saturday, the inspiration continued with a recognition ceremony at the America Gardens Theatre at Epcot for the winners of the Disney Friends for Change in-school program Disney Planet Challenge. The winning elementary school class was a 5th grade class at Brickett Elementary in Lynn, Massachusetts, whose project “Think Before You Idle,” aimed to decrease unnecessary vehicle idling through education and encouragement. The winning middle school class was a 7th grade class at Christa McAuliffe School, PS 28, in Jersey City, New Jersey, whose “Project Reservoir,” worked to turn the Jersey City Reservoir into a state-designated environmental learning center. The winners received $6,000 teacher awards, $10,000 classroom grants and a trip to the Walt Disney World Resort for the winning teacher and students. Those recognizing the students included Jay Rasulo, Senior Executive Vice President and CFO of The Walt Disney Company, and Disney Channel stars Laura Marano and Ross Lynch. 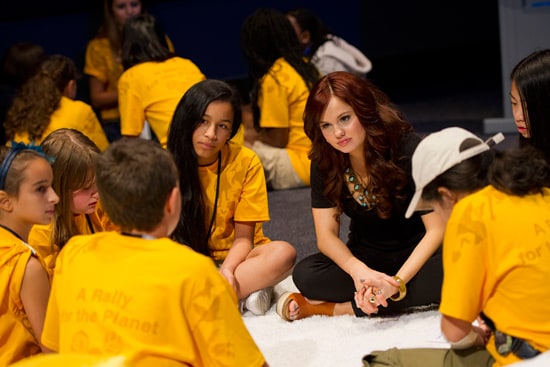 The rest of the day at the Disney Friends for Change Youth Summit featured presentations and workshops designed to inspire the 100 young people from around the world attending to imagine their planet’s future and provide them with new ideas to take action for nature when they returned home. Disney Channel stars Debby Ryan, Zendaya Coleman, Bella Thorne, Ross Lynch and Laura Marano participated in the discussions.

What a great way to kick off Earth Day week–I hope your Earth Day is filled with nature’s inspiration!