Did you follow our coverage of the premiere of the DisneyNature film “Chimpanzee” here at Walt Disney World Resort last Friday? 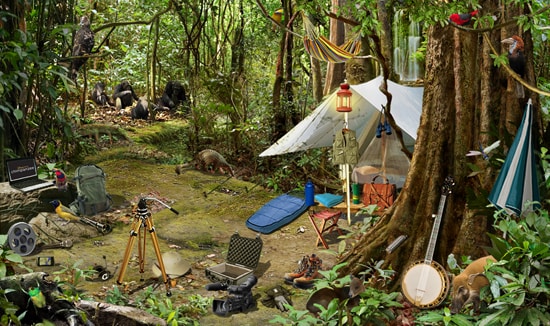 Now, key scenes from the film are being featured as a part of the park-inspired Facebook game, Disney Animal Kingdom Explorers, which allows players to create their own wildlife preserve.

In honor of the film’s release, the game’s creators sent us an exclusive bonus item to share with our readers that they can use in the game, accessible here.

Additionally, from now through April 26, the Disney Worldwide Conservation Fund has pledged to donate $0.20 to the Jane Goodall Institute (JGI) for every install and tutorial completion by players referred from the URL www.PlayAnimalKingdom.com for a total committed donation of up to $250,000. These funds will support JGI’s efforts to protect chimpanzee habitat, care for orphaned chimpanzees in the Republic of Congo, and educate a new generation of young people and connect them to nature.

Have you tried out the game? What do you think?