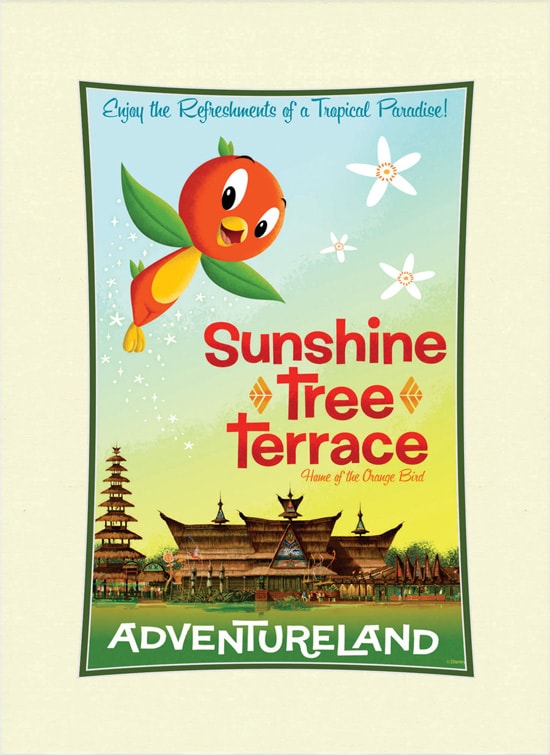 I recall the day Disney artist Casey Jones asked if he could show me something cool. Knowing Casey’s involvement with other cool things (I’m looking at you, Dole Whip shirt), I immediately made time for him. When Casey arrived with concept art for new Orange Bird merchandise, I almost burst into song! He said these new items were being developed because the Orange Bird was returning to the Sunshine Tree Terrace at Magic Kingdom Park. We discussed how “The Florida Project” event last September served as inspiration for new merchandise. 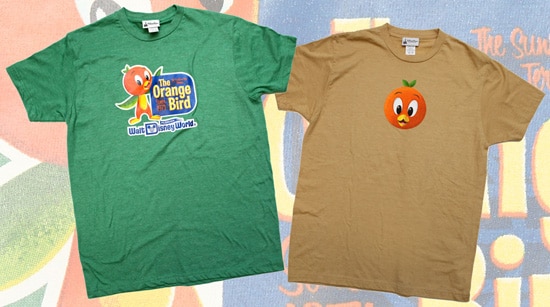 Casey explained that partnerships with Walt Disney Imagineer Jason Grandt and Steven Vagnini from the Walt Disney Archives were instrumental in creating these new items.

“Jason and Steven were outstanding partners,” continued Casey. “Jason actually provided the artwork for the two tee-shirts and a deluxe print, and Steven provided a tremendous amount of reference material about the Orange Bird when we visited him in California.” 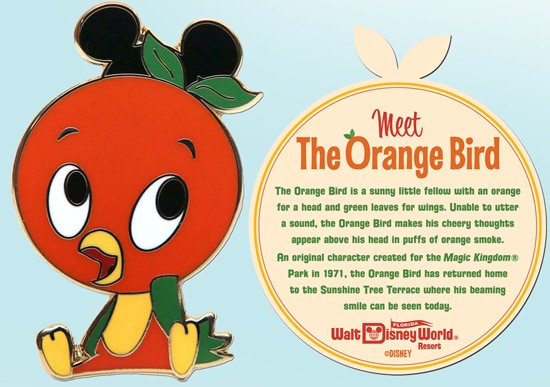 The deluxe print Casey mentions is one of my favorite items. Jason combined the original concept artwork for the Sunshine Pavilion that was created by Richard Hebner in 1969 with original Orange Bird art he created for Walt Disney World Resort’s newest attraction poster! 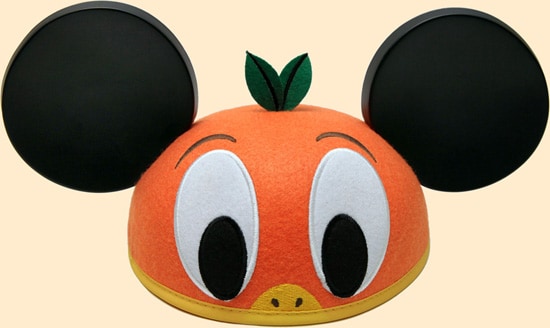 Casey also developed his very first ear hat, which is arriving this summer. It reminds me of the Figment ear hat we released last fall.

Jason shared his thoughts around the new Orange Bird merchandise.

“We wanted to add an extra layer of magic for guests visiting the Sunshine Tree Terrace,” said Jason. “With the new merchandise, guests can now see the Orange Bird and take home a little memory of their visit.”

With all this talk of the Orange Bird, I’m craving a citrus swirl! Who wants to join me?