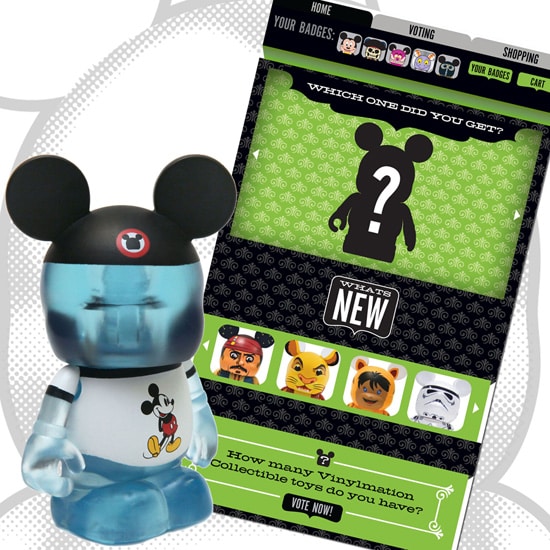 One of the neat aspects of my role is working with our Disney Parks Digital Marketing team to provide content for a variety of Facebook fan pages. I’ve been directly responsible for the content on two specific pages – Duffy The Disney Bear and Vinylmation. I particularly love seeing the comments from fans about the photos we’ve shared (thanks for the smiles and laughs). Vinylmation fans now have another way to connect with others with the launch of the Vinylmation Store on Facebook. I spoke with Erin Catalano, my teammate and fellow Disney Parks Blog author, who served as the project manager for this store. Erin said the store is a unique addition to the digital world.

“We began conceptualizing the store in fall 2011,” explained Erin. “We wanted a way for Vinylmation fans to interact with other fans, get special offers and share feedback by voting on questions. The store will also offer exclusive figures that won’t be found anywhere else.” The first exclusive figure, the blue figure wearing a Mickey Mouse ringer tee-shirt, compliments two previously released figures that are part of the Park Favorites series. The yellow figure was released at locations in Disneyland and Walt Disney World, while the red figure was a Disney Parks Online Store exclusive. 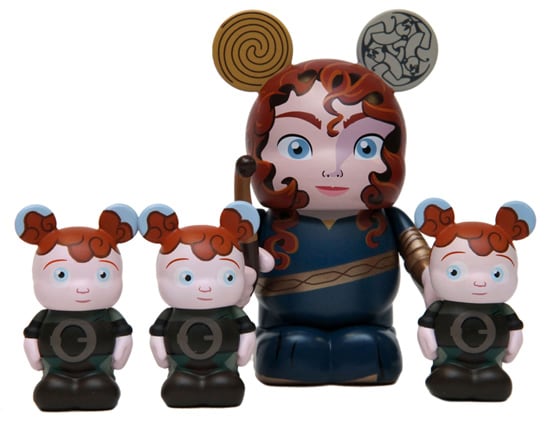 Erin shared that the Facebook store will also be a place for first purchase opportunities. This means you may find figures on the Facebook store before their release at locations in Disney Parks. One such set will be released on May 4 and features figures inspired by the upcoming Disney-Pixar film “Brave.”

One thing I like about the store is the opportunity to collect virtual badges. Erin explained that interaction is the key to collecting badges.

“We are offering a series of virtual badges,” said Erin. “These badges have images of various Vinylmation figures which fans can get by voting, liking or sharing. These virtual Vinylmation can be displayed on a profile. It’s our way of saying ‘thanks’ for being a fan.”

I invite you to visit the Vinylmation Facebook page today.