Say Aloha to Merchandise from Aulani, a Disney Resort & Spa 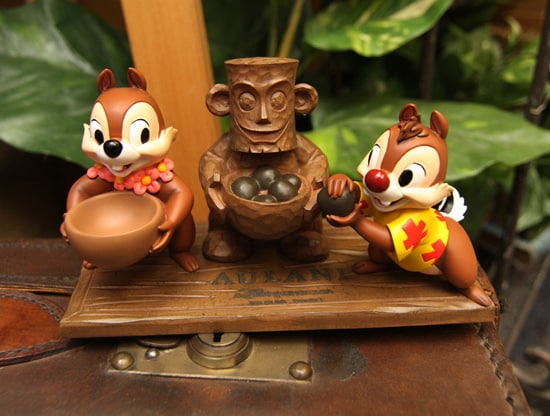 I love saying the word “aloha,” as it brings a smile to my face. I’ve been fascinated with Hawaiian culture for years. I first visited the islands of Oahu and Maui in May 2007, and I’ve longed to return every day since. I have a great reason to return now that Aulani, a Disney Resort & Spa in Ko Olina, is open. I recently caught up with Disney Design Group artist Bob Holden, who has been designing the Aulani merchandise for more than two years. He shared some insight into the merchandise found at the resort.

“I first visited Aulani in 2010 when the resort only had five floors and lots of concrete,” said Bob. “We wanted to immerse ourselves in the environment before beginning development. Upon returning to Florida, we created mood boards which provided inspiration and direction for development. The boards were based on conversations with Walt Disney Imagineer Joe Rohde, who was the executive designer for the resort, and our own experiences.” 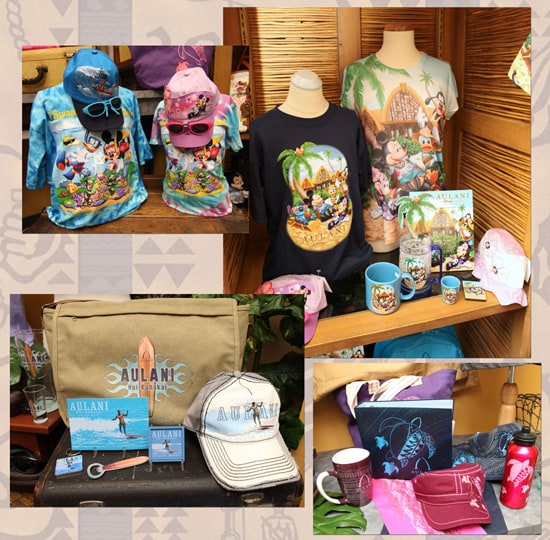 There are a few distinct styles found at the resort – “family art” (or should I say “ohana”?), which has Disney characters enjoying the resort; a “retro” program inspired by Hawai`i in the 1930s; and “resort logo,” which features the Aulani resort logo. Product developer Lindsay Voigt also mentioned that locally made Hawaiian items are featured. “We wanted to infuse many aspects of Hawaiian culture in our merchandise,” explained Lindsay. “Kalepa’s Store, the merchandise location at Aulani, features beautiful handcrafted items made by local Hawaiian artisans. This mix of merchandise helps us tell Aulani’s story as a place that celebrates Hawaiian culture, history and traditions.” Lindsay told me that some of the most popular items since the resort opened have been specially designed Dooney & Bourke handbags (a new one was recently released), Duffy the Disney Bear, and apparel from Tori Richard, a well known aloha shirt company. I have about 40 aloha shirts in my closet and the Tori Richard shirt is great! Bob worked closely with their design team to infuse color (originally it was very brown) and icons from the resort, like the Menehune.

I’m most excited about some new shave ice shirts coming later this year. I’ll never forget the first shave ice I had after snorkeling in Hanauma Bay in 2007. Now I must go back to the island! Aloha!