Thirteen Can Actually Be a Lucky Number at Disney Parks

As we mark Friday the 13th today, many people will watch out for black cats crossing their paths and be mindful not to crack mirrors or walk under ladders. But while the number is considered unlucky by many, let’s take a look at 13 ways this prime number relates to Disney Parks. (By the way, in case you’re wondering – fear of Friday the 13th is called “Paraskevidekatriaphobia.”)

The grandfather clock in The Haunted Mansion features only one number on its face — 13. 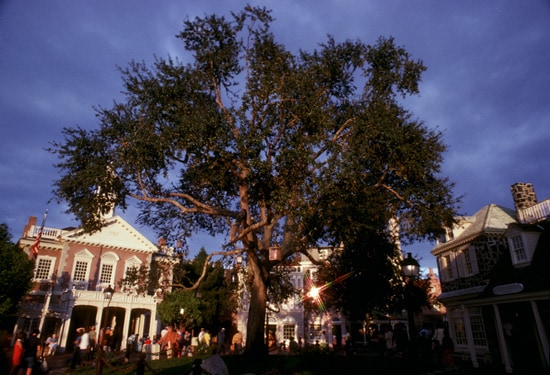 The Liberty Tree (pictured above) in Magic Kingdom Park features 13 lanterns hanging from its branches, one for each of the original U.S. colonies.

Millard Fillmore, our 13th U.S. President, is featured in the stirring presentation at The Hall of Presidents (also pictured above, across from The Liberty Tree).

Former NFL great Kurt Warner, who wore jersey #13 for the St. Louis Rams, announced to the world “I’m Going to Disneyland!” and “I’m Going to Disney World!” immediately after leading his team to a thrilling victory over the Tennessee Titans in the NFL championship game in 2000. Warner was the only person in 2000 to star in the famed Disney Parks commercial series.

“Alice in Wonderland” was Disney’s 13th full-length, animated feature film. Originally released in 1951, the film has inspired whimsical attractions, character dining experiences and more at the parks through the years.

One of the most famous Disney Parks “13s”: each time a guest “drops in” to the Hollywood Tower Hotel, they just might plummet 13 stories in a haunted service elevator. 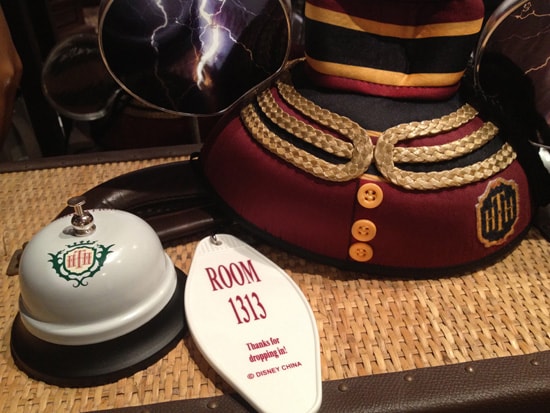 While it may not be exactly “13,” many of the runDisney events are 13.1-mile half marathon events. With a variety of races held throughout the year at both Walt Disney World Resort and Disneyland Resort, these endurance events provide athletes 13.1 magical miles. (And while the 13 miles are magical, I expect the last .1 mile — the finish line — is the most magical of all.)

One of Disney’s famed “Nine Old Men,” Marc Davis, was born in 1913. He began at Disney in Animation. Later in his career, he became one of the company’s original Imagineers. Some of the Disney Parks attractions with Davis’ influence are some of the most beloved: The Enchanted Tiki Room, “it’s a small world,” Pirates of the Caribbean, the Haunted Mansion and Jungle Cruise.

Donald Duck, our favorite fussy fowl, stars in a 1939 animated cartoon entitled “Donald’s Lucky Day,” which is set on Friday the 13th. Donald is a bicycle messenger who experiences his share of misfortune, thanks to several “bad luck” signs — a broken mirror, a black cat and the number 13 — as he tries to deliver a package to “1313 13th Street.” The cartoon was even released on January 13th, 1939 (which was Friday the 13th).

Do you have a favorite 13 above? Or do you know of another 13-related pieces of Disney Parks? If so, please share in the comments.