From a greeting with a local children’s choir to an orchid shower and lei presentation, the aloha spirit was alive in each of the Hawaiian ports of call that welcomed the Disney Wonder for the first time last weekend.

Celebrating the ship’s arrival gave us a unique opportunity to collaborate with our friends from Aulani, a Disney Resort & Spa, in Ko Olina, Hawai‘i.

Cast members from Aulani welcomed the crew of the Disney Wonder and presented a traditional Hawaiian paddle to the captain so that the ship could always carry a part of Aulani with it. Disney Cruise Line bestowed a piece of mooring line to Aulani, representing Disney magic that ties the ship to the resort. 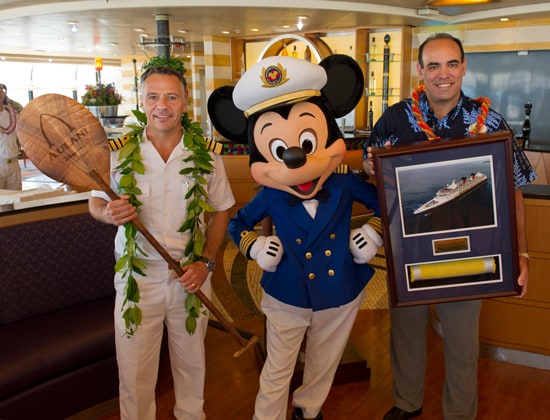 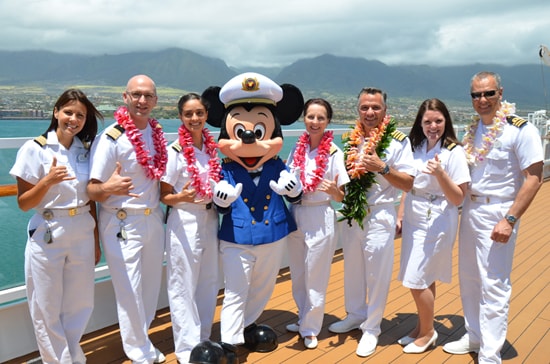 The Captain and his team in Maui. Guests participated in unique port adventures in each destination, ranging from a hike past a scenic waterfall to a special visit to Aulani, where Hawaiian culture, history and traditions are celebrated.

In addition, crew members and Disney characters visited a local hospital for senior citizens in Kahului and an immersion school in Maui to spread the Disney magic across the islands.