If you‘re a fan of Pixar Animation Studios’ award-winning films, you are going to love the new offerings announced today for Disney Cruise Line’s seven-night California Coastal voyages this fall. 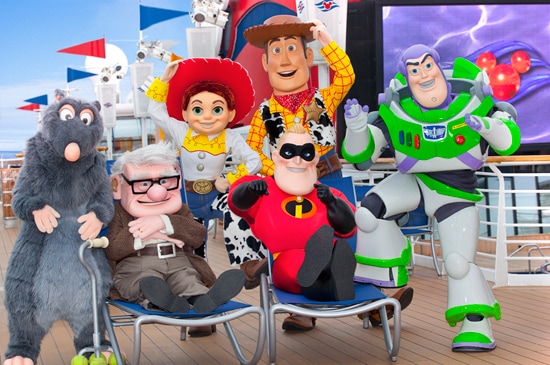 During these voyages, Disney Cruise Line guests will be able to interact with and explore the world of Pixar and their beloved characters while the Disney Wonder sails to popular port cities along the coast of California. Special entertainment and offerings designed for both children and adults include:

Which Pixar offerings on Disney’s California Coastal cruises are the most enticing to you – character encounters…artist and filmmaker presentations and sneak peeks…the onboard film fest or the Pixar art gallery?