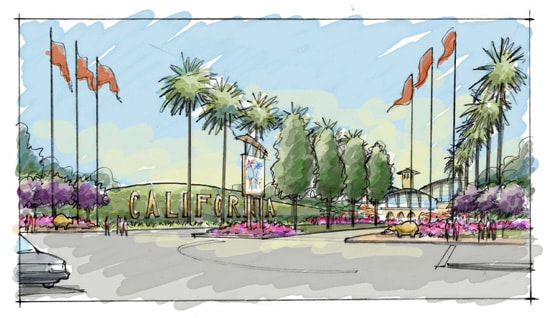 Plans are underway to make the letters an integral part of a new Cal Expo entrance. The “CALIFORNIA” letters will make their way to their new home sometime in late September and will be placed high enough at the entrance to be seen from Exposition Boulevard. They’ll continue to create memories at a fitting location as Disney California Adventure park welcomes Cars Land and Buena Vista Street!

The donation is the latest among several other Disney California Adventure park artifacts over the last five years, including: