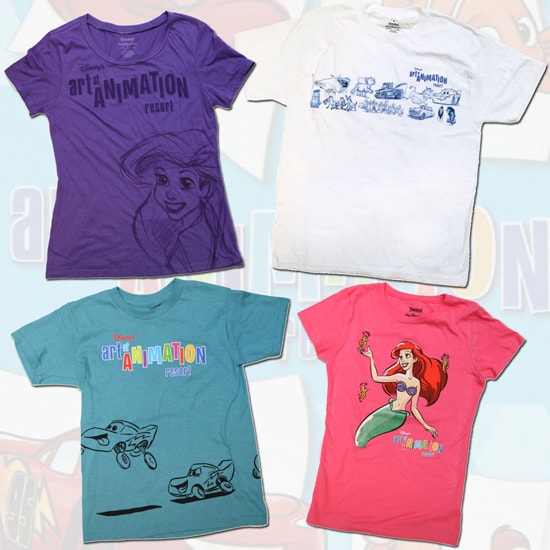 With the opening of Disney’s Art of Animation Resort only a few weeks away, I sat down with Disney Design Group Artist Bob Holden to review some of the new merchandise we’ve developed. You may recall that Bob and I have previously discussed his work with merchandise for Disney Vacation Club Resorts and Disney’s Aulani, a Resort and Spa in Ko ‘Olina, Hawai’i. Bob told me that Walt Disney Imagineering was a key partner for the creation of this merchandise. 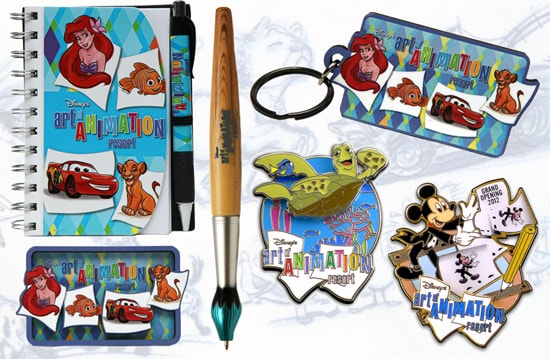 “The Walt Disney Imagineering team was an outstanding partner,” exclaimed Bob. “They provided the art files that we used for the merchandise. The designs that you see on the shirts and other items were lifted directly from artwork that guests will see at the new resort.” 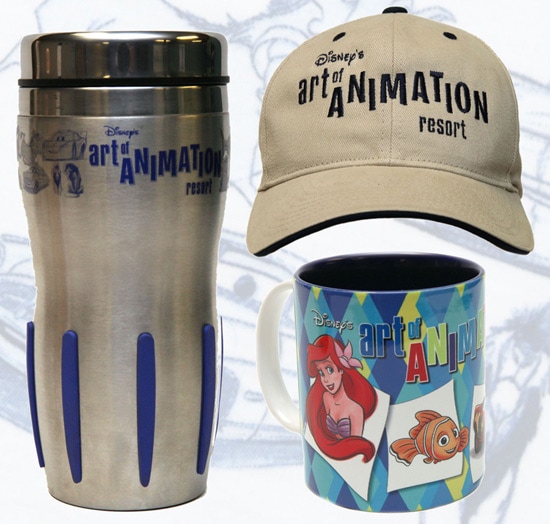 You can see the main art we used on merchandise on the outside of Animation Hall, the check-in building at the Resort. Bob also used the colorful diamond pattern found at the resort as a background for on several items. The shirt images were also taken directly from the resort (look for the Ariel image and others inside Animation Hall).

There will be two pins created for the opening. The open edition pin uses an image of Crush from the Disney•Pixar’s “Finding Nemo” wing. The limited edition pin has an edition size of 500 and will be released at the Ink and Paint Shop in the resort on May 31. 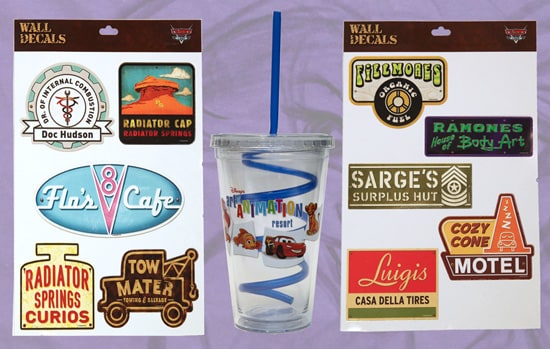 As for my favorite items, I liked the paint brush pen and the tumbler with a straw. Since I’m a fan of roadside architecture, I thought the wall decals of the Radiator Springs’ signs was a fun addition.

As for future items, Bob said they are still developing retail versions of lamps and shower curtains that are similar to items that will be found in guests’ rooms. Those retail items will be arriving at a future date.

Bob said he was most impressed with the colorful details found throughout the resort.

“I really found myself being immersed in a colorful and fun environment,” explained Bob after he visited the location. “The details made me feel like I was being transported to each character’s world, which is what we do best at Disney.”

For more updates on Disney’s Art of Animation Resort, see the posts below: