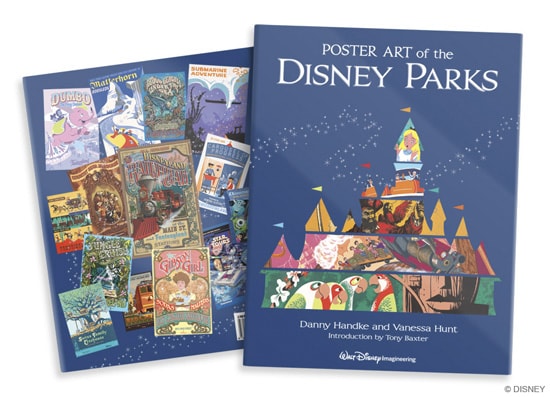 I recently visited California, where I had one of the most amazing experiences of my Disney career. Imagineer Vanessa Hunt gave me a tour of the Walt Disney Imagineering Art Library vault in Glendale. This place houses the original art of the most iconic images from Disney Parks’ history. Incredible! Vanessa shared that fellow Imagineer Danny Handke and she have written a book for Disney Editions called “Poster Art of the Disney Parks.” This hardcover book, with cover designed by Imagineer Glendon Lee, is coming to Disney Parks at the end of May. I asked Danny about the role that attraction posters have played. 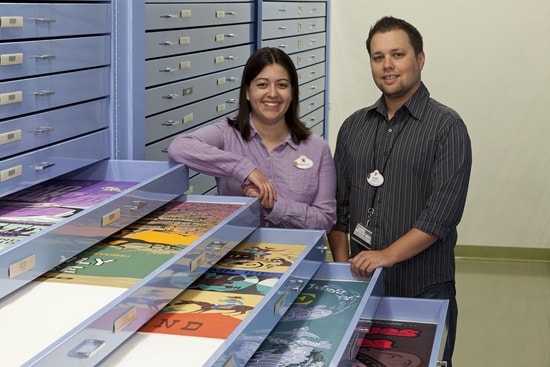 “Attraction posters entice, excite and educate guests with a preview of the adventures and experiences inside the Disney Parks,” explained Danny.

“When Disneyland park opened in 1955, it was difficult for guests to understand what a ‘theme park’ was. The Disney Imagineers needed a solution to portray their attractions to a diverse audience. The idea to use posters at Disneyland’s Main Entrance was the perfect solution.”

The book was in development for four years! They conducted extensive research by interviewing close to 20 people, including current and former artists. Vanessa said that they put extra effort into making a beautiful book that all Disney fans could enjoy. 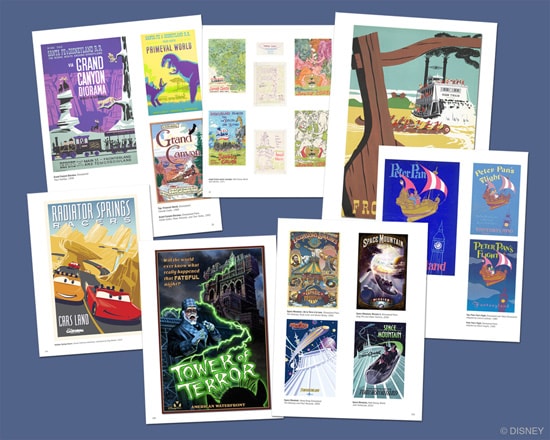 “We made an extra effort to ensure the posters in the book were printed as color accurate as possible,” continued Vanessa. “We even found a box containing several poster concepts that had never been published until now. The most challenge part was identifying artists. While many unidentified posters artists were later identified during our interviews, there are some that remain credited to ‘Unknown Artist.’”

I asked Danny about his favorite poster.

Vanessa said her favorite poster comes from the Disneyland Resort.

“I love all of them, but the one that catches my eye every time I open the drawer is the Grand Canyon Diorama poster from Disneyland,” explained Vanessa. “The colors are absolutely beautiful and the train design is fantastic!”

Which is your favorite attraction poster? I vote Walt Disney’s Enchanted Tiki Room!