We are very pleased to announce that a white rhino calf, a boy (no name yet—the team is still deciding), was born May 4 at Disney’s Animal Kingdom. Disney photographer Gene Duncan stopped by to take some photos, and we’re happy to share them with you. 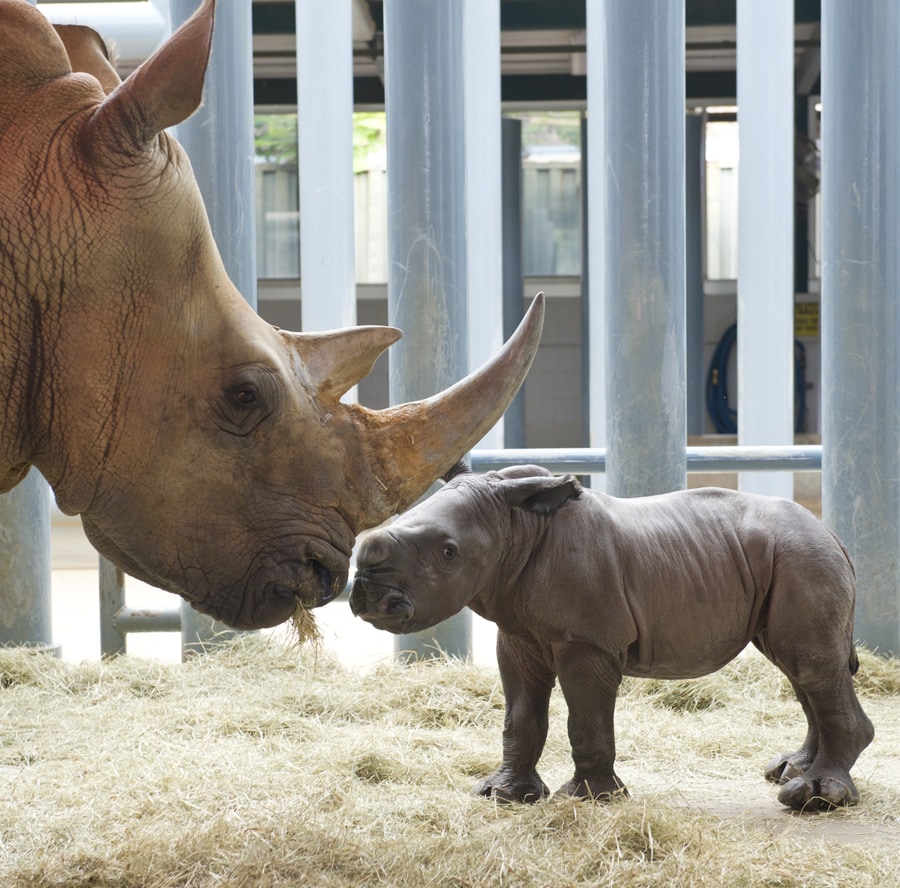 This birth was the fourth for mom, Kendi, a 13-year-old white rhino, who was the first rhino born at the park. A rhino birth is a significant event because at one time the species was nearly extinct. As a result of conservation efforts and careful management, the species has grown to number approximately 20,150 worldwide, with 215 residing in North American zoological parks.

The success of our white rhino breeding program has enabled our animal care team to make a direct contribution to the conservation of white rhinos in the wild. In 2006, Nande and Hasani, two rhinos born at Disney’s Animal Kingdom, traveled to Africa to join four others at Ziwa Sanctuary in Uganda, where they are helping to reestablish a population that had been extinct since the 1980s. In 2009, Nande became the first white rhino to give birth in Uganda in 27 years; she gave birth to a second calf last year. 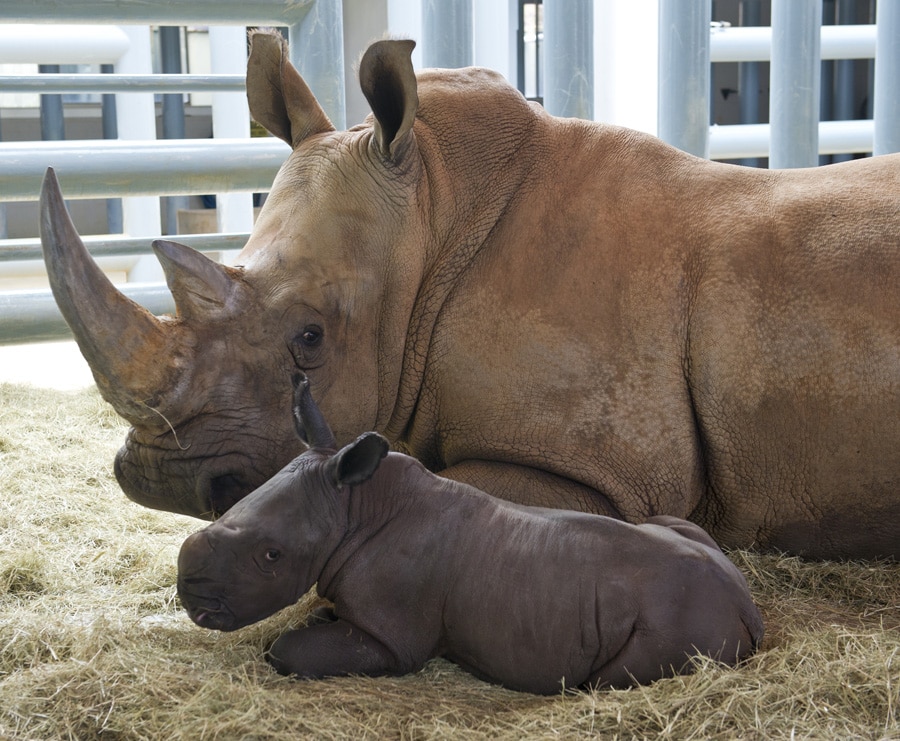 Our new calf currently is bonding with mom in their backstage home and will join the other rhinos on the savanna of the Kilimanjaro Safaris in the coming weeks.

The Disney Worldwide Conservation Fund and the Disney Foundation have provided more than $1 million in support to programs in Africa and Asia to protect the last five remaining species of rhino.