Sights & Sounds at Disney Parks: What Does Tom Sawyer Island Have to do With Star Tours – The Adventures Continue?

One hundred and thirty-five years ago, Mark Twain dreamed up the world of Tom Sawyer, inspired by his fabled life on the Mississippi. Eighty years later, Walt Disney designed Tom Sawyer Island as an outdoor playground based on Twain’s characters and adventures—and his own playful imaginings as a child in Missouri. 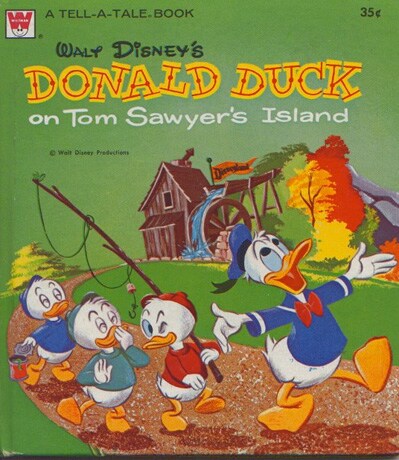 This week marks the 40th birthday of the Magic Kingdom version of the only Disney Parks attraction that was single-handedly created by Walt himself. In a sense, when exploring Injun Joe’s Cave, journeying through the Magnetic Mystery Mine or finding the secret escape tunnel (my favorite) at Fort Langhorn, anyone can be a kid again, living heroic imaginings as Walt intended.

“The general shape of the island, the way it curves and so forth, was Walt’s idea,” Disney Imagineer Marvin Davis told historian Jim Korkis. Although Marvin and several other legendary Imagineers had offered island designs, their efforts didn’t match what Walt had in his mind’s eye (and childhood memories), so he took the project home for a one-man, all-night session.

“Walt worked for hours in his red barn workshop at his house in Holmby Hills,” Jim chronicles in his book, The Vault of Walt. “The next morning, he laid tracing paper on Marvin’s desk and said, ‘Now, that’s the way it should be.’ The island was built according to Walt’s design.” 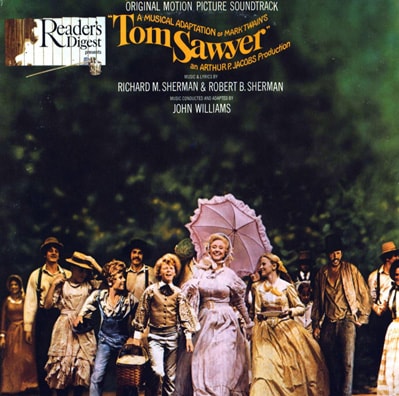 The Walt Disney World Resort version of Tom Sawyer Island which has delighted us for four decades opened in May, 1973. In March of the same year, a highly-acclaimed musical version of Tom Sawyer opened in theaters. It was the first film in which Disney Legends Richard M. Sherman and Robert B. Sherman provided a masterful screenplay as well as the memorable songs. Appearing in the film were Disney’s Napoleon and Samantha co-stars, Johnny Whittaker and Jodie Foster.

Might seem like a Disney movie, right? Like Chitty Chitty Bang Bang before it, there were people who thought Tom Sawyer was a Disney film, though both were produced through United Artists. Imagine how puzzled some folks might have been only a couple of months later, when the Tom Sawyer Island attraction opened at Magic Kingdom Park! Incidentally, the Disney Studios finally did release a Tom and Huck movie in 1995. 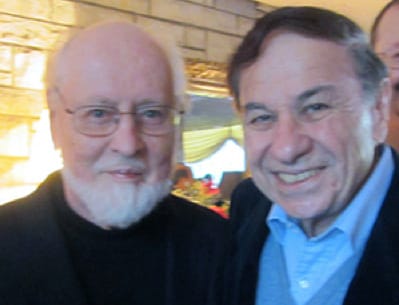 Okay, so what about Star Wars? Well, the Sherman music in 1973’s Tom Sawyer was supervised, arranged and conducted by the out-of-this-world John Williams. This was just four years before he conquered the musical galaxy with his Star Wars score—which of course, contains the stirring theme of Star Tours – The Adventures Continue at Disney’s Hollywood Studios. You also hear his music at the Indiana Jones Epic Stunt Spectacular and the Indiana Jones Adventure: Temple of the Forbidden Eye at Disneyland park.

For his film scores and adaptations, John Williams won five Academy Awards and over 40 nominations, including one for last year’s War Horse—and his work with the Sherman Brothers on Tom Sawyer. In the Walt Disney Pictures feature documentary, The Boys: The Story of the Sherman Brothers, John describes the latter film as “One of the beacons of American 19th century literature translated by the Shermans into something wonderfully viable musically.”

“Their music is known and remembered and loved and appreciated by millions of people,” he says of the Sherman Brothers. “That is a tremendous achievement.”

Likes (0)
Share Sights & Sounds at Disney Parks: What Does Tom Sawyer Island Have to do With Star Tours – The Adventures Continue?