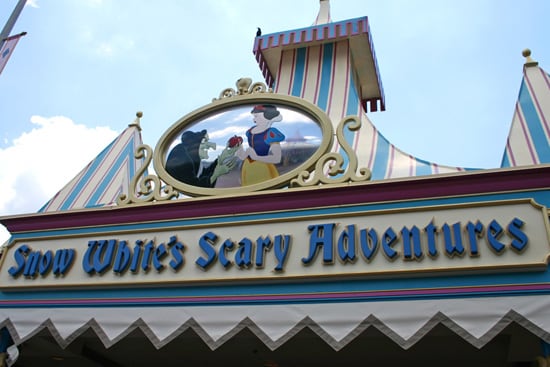 The New Fantasyland expansion is continuing, and work is about to begin on Princess Fairytale Hall, a royal meet-and-greet area that will replace the existing Snow White’s Scary Adventures attraction. Since our readers are some of the biggest Disney fans out there, we wanted to share that the attraction’s final day of operation will be May 31, to make way for this new character experience.

Located in the Castle Courtyard in the center of Fantasyland, Princess Fairytale Hall will be the new home for visiting royalty in the Magic Kingdom. The castle-like entrance will feature walls of stone and stained glass windows. The entrance will open into a large gallery – an airy space with a high ceiling and portraits of Disney Princesses. When it’s time for their audience with a princess, guests will proceed to an elegantly finished room to meet her. Princess Fairytale Hall is set to debut in late 2013. 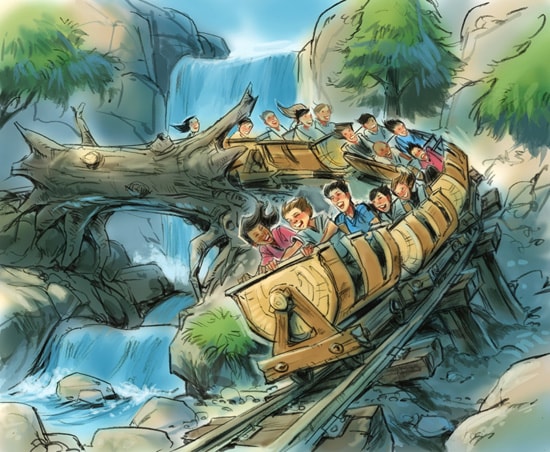 Snow White’s story will play a big part in the area’s expansion with the debut of the new Seven Dwarfs Mine Train attraction in 2014. We previously shared details about this new attraction, in which guests can board mine train cars and take a sweeping voyage through the dwarfs’ glinting diamond mine. Walt Disney Imagineers are designing a unique ride system that allows each mine car to swing back and forth individually as the train twists and turns along the track. (Sneak peek below).

Until the mine train’s debut in 2014, fans can get their Snow White fix by meeting and greeting her (and other Disney princesses) in Town Square at the front of the park. She can also be seen in the Celebrate a Dream Come True Parade in the afternoon, and in the Main Street Electrical Parade after dark. (As usual, entertainment is always subject to change).

In case you can’t make it out to the park for one last “adventure,” here’s a gallery of images of different scenes featured in the attraction. 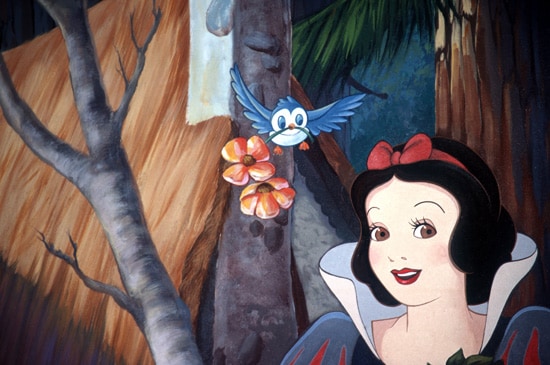