‘The Magic, The Memories and You!’ Celebrates Summer at Disneyland and Magic Kingdom Parks

They say, “Time flies when you’re having fun!”

Well, I can tell you that working with the Creative Entertainment team at Walt Disney Parks and Resorts is an absolute blast! I can hardly believe it’s Memorial Day weekend already. That means summer is here, and it’s time for another update to our award-winning projection show, “The Magic, The Memories and You!”

“The Magic, The Memories and You!” was introduced early last year as part of our “Let the Memories Begin” campaign. It takes place nightly, magically transforming the facades of “it’s a small world” at Disneyland park and Cinderella Castle at Magic Kingdom Park and incorporating Disney PhotoPass images of our guests that day making memories. Throughout the year, the creative team has introduced various seasonal enhancements to the show, and for the sequence being added to the show this summer, they’ve really outdone themselves!

“Producers storyboarded the show as if it were a short animated film,” explains Disneyland Resort Creative Director Alan Bruun. “They weaved music, story, photography, video and animation into a new kind of nighttime entertainment.” 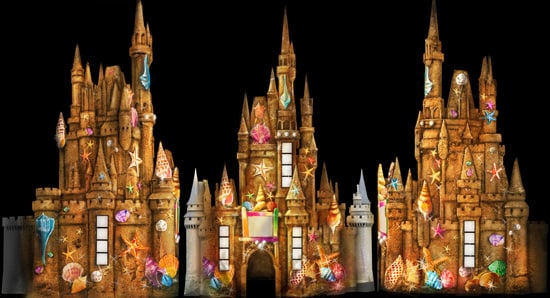 During the new sequence, “it’s a small world” becomes everything from a sandcastle to an ancient, vine-covered ruin. Cinderella Castle undergoes similar transformations, “dancing” along to the beat at one point in the show and becoming finger-painted in the style of artist Peter Max during another. 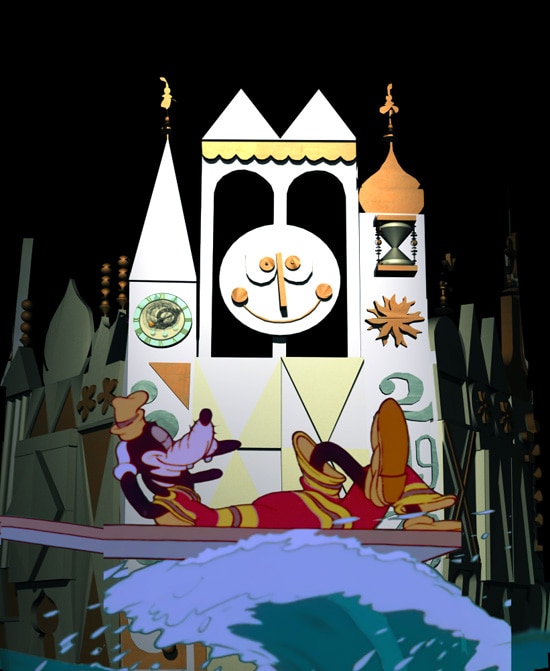 Popular Disney characters show up along the way, too. Look for Goofy surfing and water-skiing across the facades, Timon and Pumbaa singing “Hakuna Matata,” and Ariel and Sebastian’s “hot crustacean band” jamming under the sea. There’s even a cameo appearance by the ultimate boys of summer, Phineas and Ferb.

The new sequence becomes part of “The Magic, The Memories and You!” on May 25, along with many of the most popular, continuing segments of the show. In fact, fans of the “romance” enhancement added in February will be pleased to know it’s slated to continue running throughout the summer, as well.

Likes (1)
Share ‘The Magic, The Memories and You!’ Celebrates Summer at Disneyland and Magic Kingdom Parks