If you’ve ever visited Walt Disney World Resort during the holidays, you can only imagine the planning that goes into creating the spectacular holiday offerings for each of our four parks. Our cast members are already hard at work planning every detail our guests will enjoy this holiday season – including lining up some wonderful celebrity talent for this year’s Candlelight Processional at Epcot. 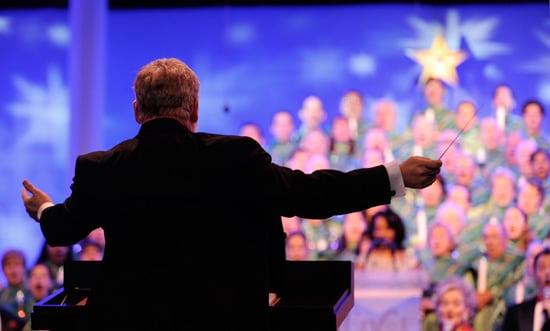 If you’re not familiar, the Candlelight Processional is a beloved holiday offering at Epcot that combines seasonal music with a reading of scripture by a celebrity narrator. It will be performed nightly November 23 – December 30, at 5, 6:45 and 8:15 p.m.

I was just given permission to share a sneak peek at the list of celebrities who have already been confirmed to appear in this year’s show. This is only a partial list, so not all dates will be listed. I’ll update the list as additional narrators are confirmed. I’m happy to report that Neil Patrick Harris, a crowd favorite, is back. So is Gary Sinise, who’s a sort of honorary “cast member” for his appearance in the Mission: SPACE pre-show.

*As always, narrators are subject to change.

Candlelight Processional Packages for all dates are now on sale at DisneyWorld.com. Stay tuned to the Disney Parks Blog for more narrator announcements.