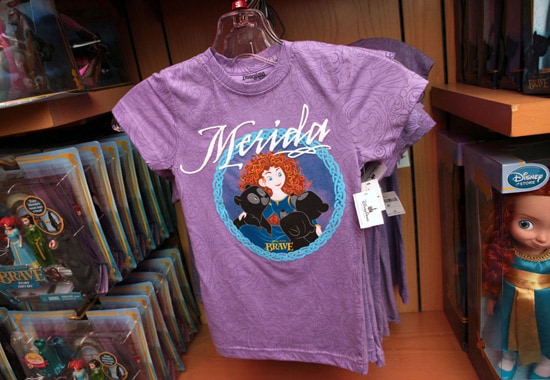 With Disney•Pixar’s “Brave” arriving in theaters on June 22, I set out on my own adventure to find merchandise inspired by the film. My travels took me to the princess room at World of Disney, where I found several items near the Bibbidi Bobbidi Boutique, including the shirt pictured above. That girls’ shirt was developed by the Disney Theme Park Merchandise team and can only be found at Disney Parks. 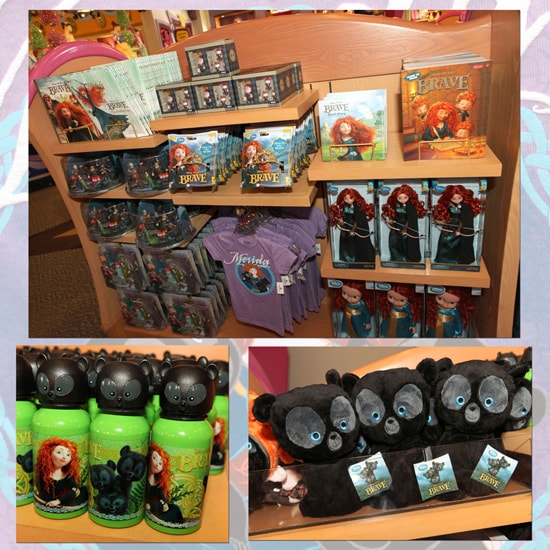 “There are hidden details on the ears of the Merida figure,” explained Ron. “The designs are called ‘runes’ and one image is found on her bow. The other is the symbol for her family.”

Ron spent several years working as an animator with Feature Animation. He worked on a variety of motion pictures, including “Pocahontas,” “Mulan” and “The Princess and the Frog.” He recently joined the Vinylmation team, and I love the figures he designs (just wait until you see the two-figure set featuring a young Carl and Ellie from Disney•Pixar’s “Up”!). 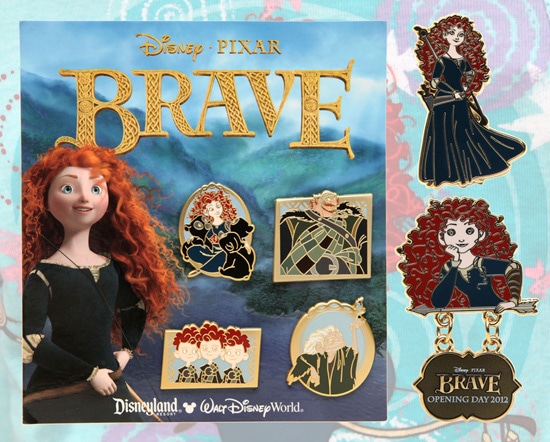 Finally, there are pins we created that you will only find at Disney Parks. We have released an open edition pin featuring Merida and a four-pin set with additional characters from the film. The limited edition “Opening Day” pin has an edition size of 2,000 and will be released on June 21 at Disneyland Resort and Walt Disney World Resort.

Read more news about merchandise at Disney Parks in the posts below: