Coffee Mugs Percolate to the Top of Disney Parks Souvenirs 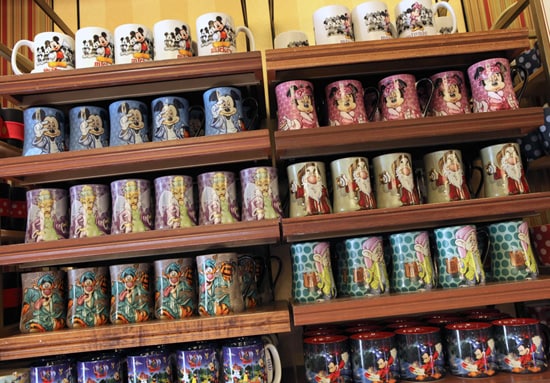 There is no greater joy than my morning cup of coffee! I was 16 when I had my first cup of coffee in the France Pavilion at Epcot (I thought I was being sophisticated). I didn’t become obsessed with coffee until college (thanks to an ABC television show that aired in the early 1990s). Recently, I learned that coffee mugs, particularly the morning-themed mugs shown above, are some of the most popular selling items at Disneyland and Walt Disney World Resorts. I spent time with David Whitaker, product developer for Home and Décor, in his showroom surveying some new mugs at Disney Parks. He told me that the popular morning mugs first introduced in 2009 were an update to a previous art program.

“The previous ‘morning’ mugs were too large,” said David. “We found people were using them for things other than holding 32-ounces of coffee. So, Disney Design Group artist Patty Landing redesigned the mugs to make them more usable. Besides, who needs that much coffee [laughs]?” 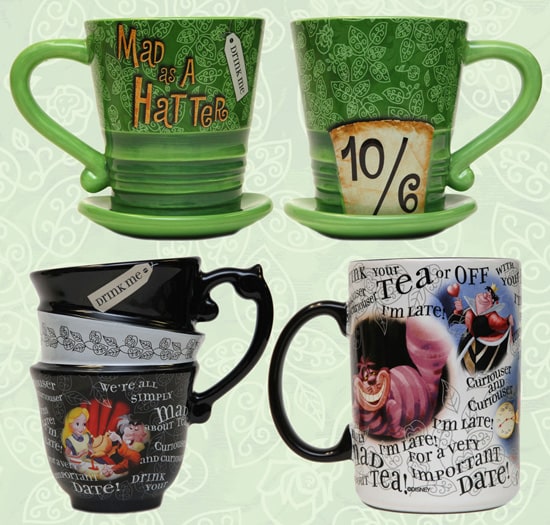 David shared with me a few new designs that have an “Alice in Wonderland” theme. I really liked the Mad Hatter mug designed by Disney Design Group artist Costa Alavezos.

“We have designed many ‘traditional’ mugs,” explained Costa. “With the Mad Hatter mug, I wanted a mug that was filled with whimsy, very much like the personality of the Mad Hatter from the animated and feature films.” 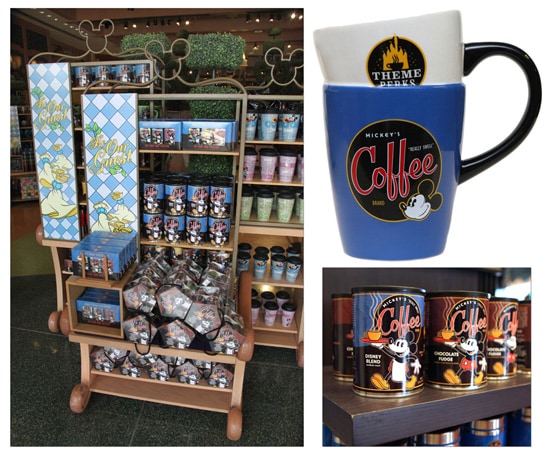 I’d be remiss if I didn’t mention “Mickey’s ‘Really Swell’ Coffee” brand which is a part of our consumables line. The brand was introduced years ago and features a variety of flavored roasts you can brew at home. I was surprised to learn that Disney artist Thomas Scott (of recent Vinylmation fame) created the original logo for the brand. Patty Landing later revised the logo that is found today. I can’t wait to get my hands on that giant “Theme Perks” mug! 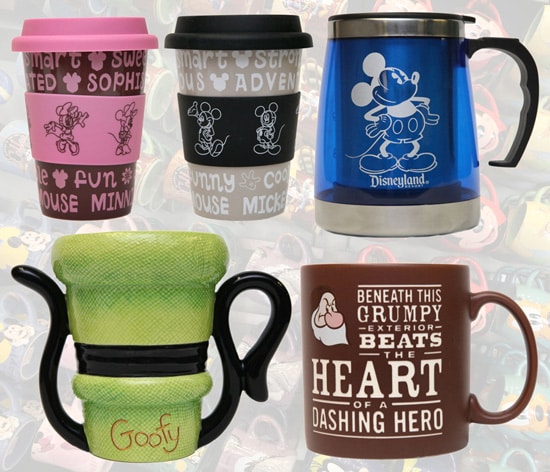 David said that we can expect to see more coffee tumblers as the assortment expands from traditional mugs or fun, three-dimensional mugs (like the Goofy one above that Costa also designed).

You can find an assortment of mugs on the Disney Parks Online Store, including those morning mugs.