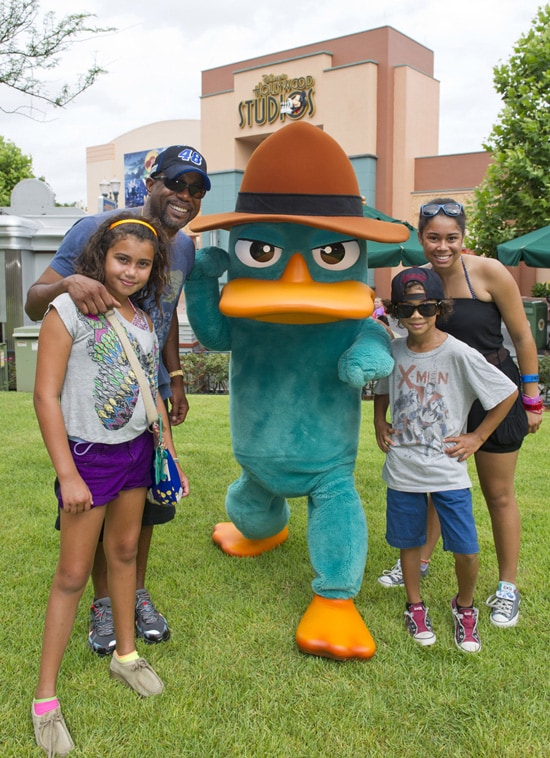 Rucker, the former lead singer of Hootie and the Blowfish, has been a frequent resident at the top of the charts since his country music solo debut in 2008. Yesterday, he teamed up with his son Jack and two daughters Dani and Cary at Disney’s Hollywood Studios to fight some crime with secret agent Agent P from the hit Disney Channel series “Phineas and Ferb.” 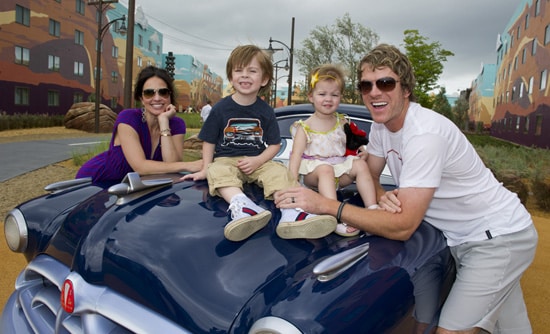 Rooney and his family had the chance to get their kicks on Route 66 as they visited the newly opened second phase of Disney’s Art of Animation Resort. Rooney, a member of the longtime country hit-making trio Rascal Flatts, joined his wife Tiffany and their children, son Jagger and daughter Rocky, on a trip through Radiator Springs at the newly opened “Cars”-themed wing of the resort. Rascal Flatts recorded “Life is a Highway,” the smash-hit theme song to the super-charged hit Disney•Pixar animated film. In fact, while we were shooting this photo, Jagger and Rocky started singing the song as they posed with Radiator Springs’ original Piston Cup champion, Doc Hudson. The parents then joined in for an impromptu quartet performance which turned quite a few heads of guests strolling by Lightning McQueen’s racing mentor.

Agent P and Disney’s Art of Animation Resort both take center stage this summer at Walt Disney World Resort. The alter ego of Perry the Platypus stars in “Disney Phineas & Ferb: Agent P’s World Showcase Adventure” at Epcot, and the colorful new Disney’s Art of Animation Resort continues to open in phases throughout the season. Next up: wings inspired by “The Lion King” and “The Little Mermaid”!

Let us know in the comments if you’ve spotted the elusive Agent P at our parks or what you’re looking forward to most if a stay at Disney’s Art of Animation Resort is in your future vacation plans.

Read about other celebrity visits to Walt Disney World Resort in the posts below: