It was the “Dawn of a New Disney Era” back on October 1, 1982, when EPCOT Center opened to the world amidst great fanfare. Now, D23: The Official Disney Fan Club is honoring that landmark occasion — and the many that have occurred since – at D23’s Epcot 30th Anniversary Celebration, being held at the Walt Disney World Resort on September 30, 2012. 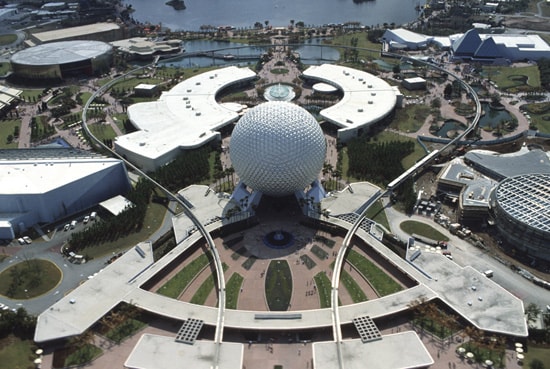 The one-day event will be full of fascinating panels and presentations, including “We Can Do It!” looking at the immense challenges that loomed before Disney’s creative team in constructing the resort’s second theme park; “Looking Back at Tomorrow,” unveiling recently discovered materials from the Walt Disney Archives highlighting many of the park’s original attractions including Horizons, Kitchen Kabaret and World of Motion; and “The EPCOT Center that Never Was” which will use rare concept artwork to give guests a glimpse at some of the pavilions and attractions that never made it off the drawing board.

Along with historians from the Walt Disney Archives, Imagineers and Disney Legends such as Tony Baxter, Marty Sklar, Jason Surrell, Jason Grandt, Alex Wright, Ron Logan, and Bob Garner are also slated to participate in this landmark event, which will take place inside Epcot’s World ShowPlace.

Read more news about Epcot in the posts below: