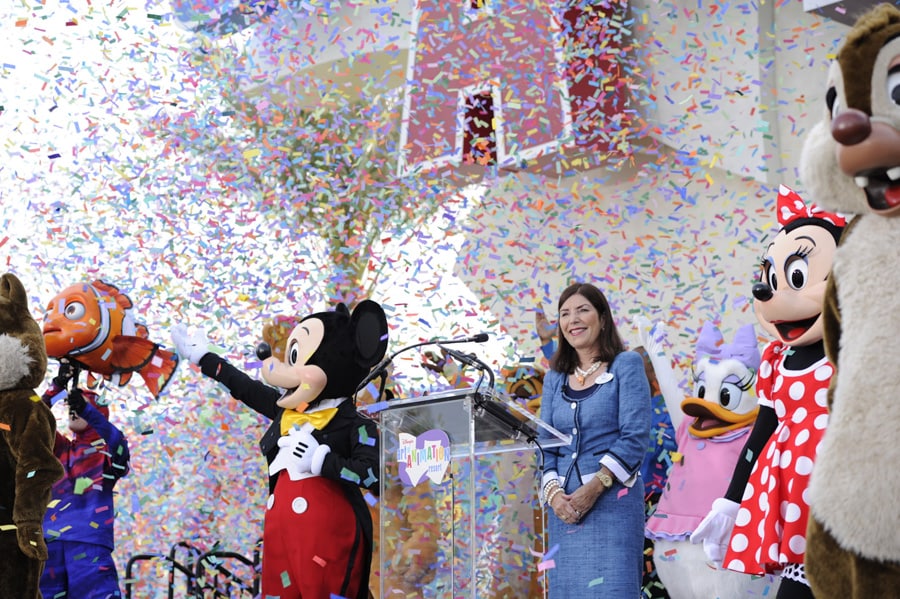 This week, Meg Crofton, president of Walt Disney Parks and Resorts Operations, U.S. & France, officially dedicated Disney’s Art of Animation Resort. And as you can see, Meg was surrounded by a cast of characters from the films that inspired the resort’s animation theme.

If you missed it, here’s a quick video tour of the resort and highlights from opening day.

And did you see? We set a date for our next live chat with an Imagineer – June 7 at 1:15 p.m. Orlando time. During the chat, you’ll be able to talk with senior project producer and creative director at Walt Disney Imagineering Jonathan Ackley.

This weekend, get to know Jonathan and take a look at what he shared earlier this year.

Here are some of the stories we worked on this week:

Moms Panel: Meet Military Mom Ashley Forster – Are you a military family? Check out these special tips on planning a Disney vacation for your family.