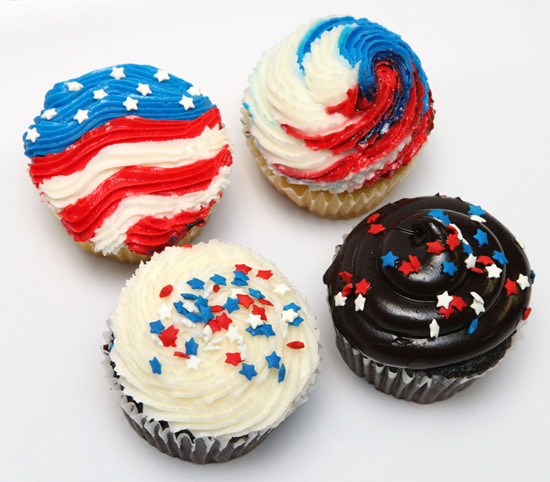 I recently told you about my love of coffee. I particularly enjoy a fine cup o’ joe with delicious desserts such as cherry pie or doughnuts. There are a few other sweet treats that have recently arrived at Disney Parks for the summer. Patrice Guy, product developer for Consumables, shared with me a few looks (and tastes) of these new items.

If you are celebrating Independence Day in the United States at a Disney park, I recommend the chocolate cupcake pictured above (the chocolate icing had the perfect consistency). These patriotic creations will be offered at several of the show kitchen locations at Disneyland and Walt Disney World Resorts. One of the more colorful items being offered are new character-inspired apples. Patrice said these creations have been in the works for a few months.

“The dipped apples have been a popular item in our show kitchen locations,” said Patrice. “Guests love seeing the characters when visiting Disney, so we wanted a fun way to translate that to our consumables line. Our Disney Design Group artists worked closely with the operations teams for a few months to design these apples. We learned a lot about what ingredients worked best to capture the essence of the characters.”

I particularly like the Mike Wazowski and Sully apples (especially after seeing the preview trailer for Disney•Pixar’s “Monsters University” – oh summer 2013, why are you so far away?!).

Look for these apples at a variety of locations throughout the summer. 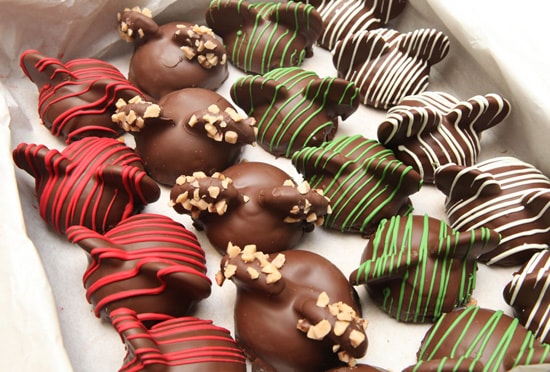 New brownies have also received a character makeover. This time it’s Mickey Mouse, and they will be offered with several flavors including chocolate, chocolate mint, chocolate toffee and chocolate raspberry (yes, yes, yes, and yes!). Look for these brownies at Magic Kingdom Park, Downtown Disney and Disney’s Hollywood Studios in Florida; and at the newly re-opened Candy Palace in Disneyland park, Trolley Treats in Disney California Adventure park and Marceline’s Confectionary in the Downtown Disney District in California. I was delightfully surprised by my final favorites that combine fruit with chocolate. At Karamell-Küche in Germany Pavilion at Epcot, you can find chocolate-covered grapes with Werther’s Original caramel. Amazing! We have also introduced chocolate-covered pineapple spears at several show kitchen locations.