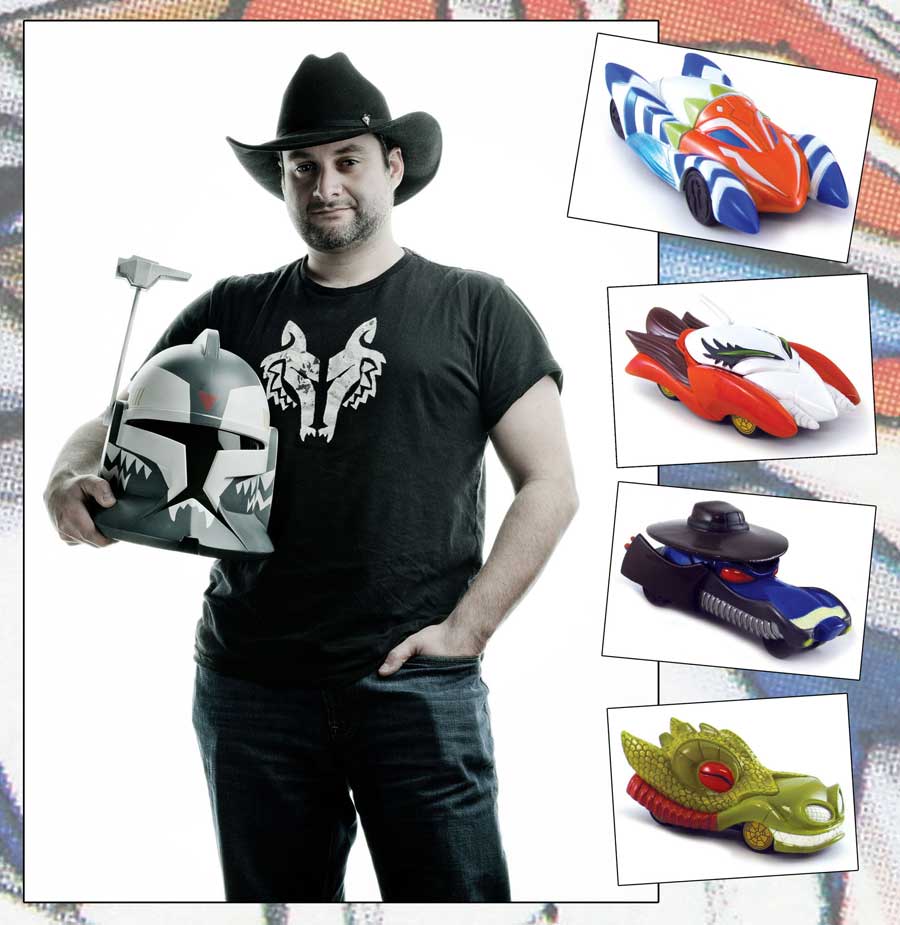 On select Fridays, my son and I watch the animated series, “Star Wars: The Clone Wars.” Considering I grew up with Star Wars, it’s a fun father and son experience we share. I was excited to learn that four new Disney Racers inspired by this animated series were recently released at Disneyland and Walt Disney World Resorts. This is the fifth series of Disney Racers to feature Star Wars content. I spoke with Dave Filoni, the supervising director of the animated series, who designed our first ever “Signature Series” of Racers (yes, I was geeked out!). I asked Dave if this was the first time he ever designed toys.

“I think many people would argue that when I design new Star Wars characters or vehicles that I’m always making toys,” laughed Dave. “It is fun to see our designs come to life as action figures. The Disney Racers were my first attempt at designing something as a toy specifically.”

The four cars were inspired by the characters featured in the animated series including Bossk, Cad Bane, Ahsoka Tano and Aurra Sing. I was happy to see Bossk since he was one of my favorite childhood action figures from the 1980s. Dave explained why he selected these characters.

“When I was thinking of what characters to do, the Bounty Hunters really jumped out at me as different,” continued Dave. “A friend, Mary Franklin, who works at Lucasfilm is a huge Bossk fan. So I designed the car with her in mind, something to add to her growing collection.” 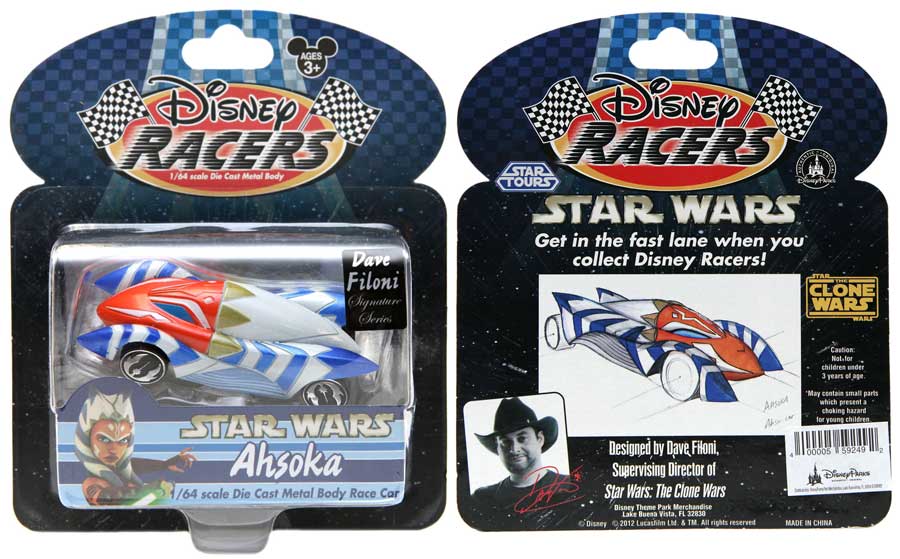 After doing research about cars from different eras, Dave created the initial sketches for the cars in about two hours. We featured images of his concepts on the back of the car packaging, and Dave’s signature is engraved on the bottom of each chasse.

I asked Dave which car he wished to drive.

“I like the Ahsoka car best.” said Dave. “I think it has the best lines, and its sleek shape would make it fast. It was a lot of fun to design them all! I enjoyed working with the Disney Artists who made some helpful suggestions. I’m not a car expert but I gave it my best shot [laughs]. As always with Disney, it was a great experience.”

Look below for more information on Star Wars-themed merchandise: