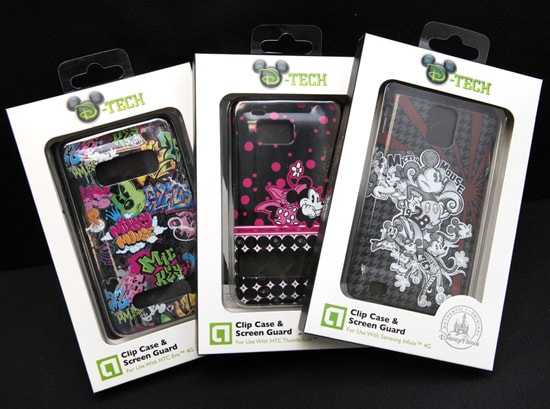 Since launching D-Tech, the electronic accessories line at Disney Parks, we’ve received numerous requests for additional mobile phone cases. I’m happy to share that select Android phone cases are coming to Disney Parks and the Disney Parks Online Store this summer. I checked in with Kevin-Michael Lezotte, Product Developer for D-Tech, to learn how these particular phone models were selected.

“When D-Tech was introduced in November 2010, we started with covers for iPhones,” explained Kevin-Michael. “The iPhone offers two different forms, whereas there are a plethora of Android phones that currently exist. We designed the Android covers based on the five most popular phones in the marketplace.” 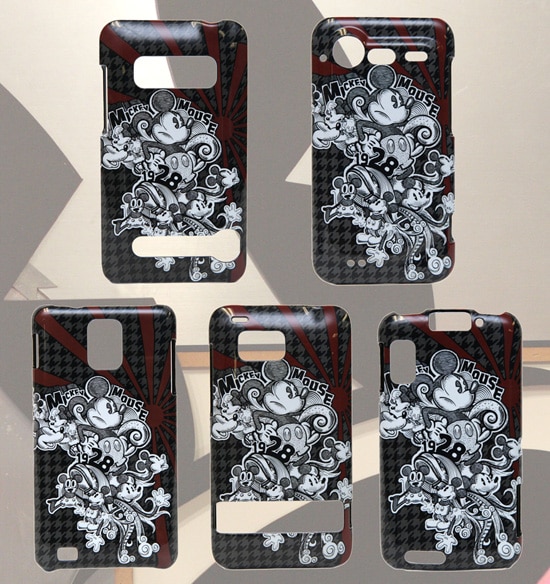 The Android phones that were selected include the HTC Droid Incredible 2™, HTC Thunderbolt™, HTC Evo™ 4G, Samsung Infuse™ 4G, and Motorola Atrix™ 4G. There are three new graphic designs being introduced for these particular phones, with additional designs coming this fall.

In addition to these new covers, there are new covers being released for the iPhone 4/4S. 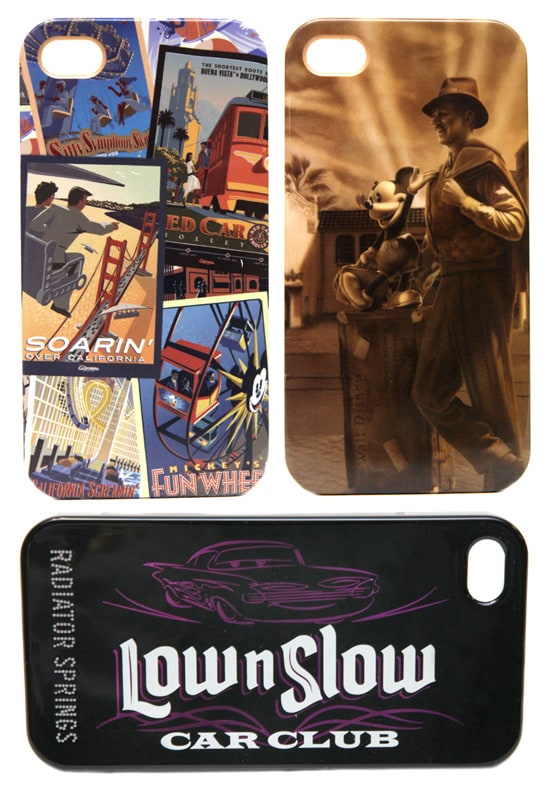 To celebrate Disney California Adventure park, we are releasing two new limited edition cases in June. One case features attraction posters, while the other, designed by California artist Noah, features the artwork he created for the new “Storytellers Collection.” Each case will have an edition size of 2,012. There will also be two open edition cases featuring artwork inspired by Cars Land. 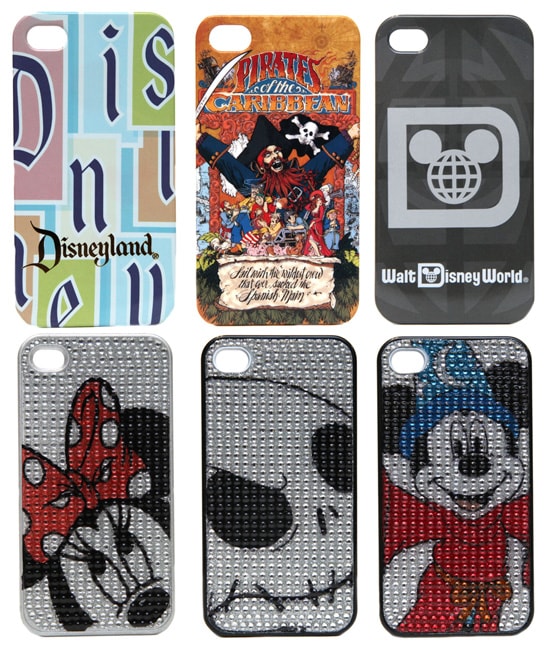 In July, we will release three new limited edition cases, each with an edition size of 2,012. The limited edition cases have been popular since the first one was introduced for the 40th anniversary of Walt Disney World Resort. Classic logos from Disneyland Resort and Walt Disney World Resort-inspired artwork for two of the cases. The third case was inspired by a Pirates of the Caribbean attraction poster. These cases will be sold via the online store first and then released at Disney Parks about a month later.

Finally, three new jewel-covered cases with Minnie Mouse, Jack Skellington and Sorcerer Mickey Mouse will debut this summer. The previously released Minnie Mouse and Mickey Mouse covers with jewels have been some of our most popular D-Tech designs.

Get more news about Disney Parks merchandise in these posts: