Sights & Sounds at Disney Parks: ‘Brave’ is a Feast for the Ears as Well as the Eyes

The legendary composer Henry Mancini believed that if an audience paid too much attention to the background score of a movie, the composer hadn’t done a sufficient job. The background score is crafted to support what you’re watching, to intensify and accent the drama or comedy – literally, to underscore the action. 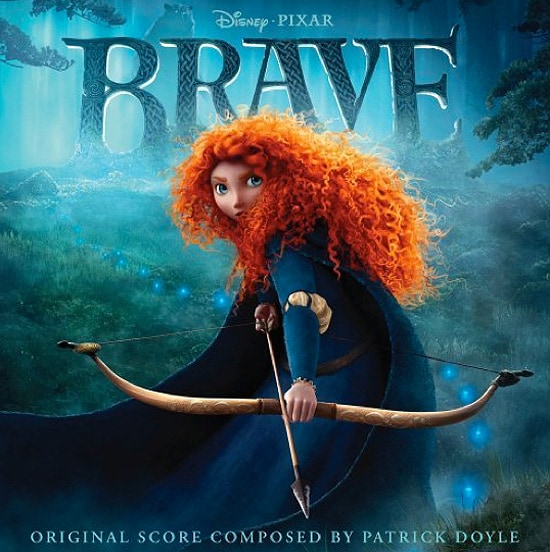 That’s part of the fun of soundtrack albums that offer a rich primarily instrumental score. The music gets to take center stage – and in the case of the soundtrack album to Disney•Pixar’s “Brave,” it’s a magnificent listening experience. If you’ve seen the film, some of the music will rekindle your memories. On a purely audio level, though, it can take you a musical journey over a spectacular Scottish countryside without leaving your CD player.

Patrick Doyle’s compositions, performed by The London Symphony Orchestra (which is behind the screen of everything from the first Star Wars film to this year’s “Marvel’s The Avengers” and so much more) is evocative, authentic and exciting.

“Brave” is not a musical in the traditional sense, but has songs. Three are heard over the action: “Touch the Sky,” “Into the Open Air” and “Learn Me Right.” The first two are sung by Scottish singer/musician Julie Fowlis; the third is written and performed by singer Birdy (vocalist) and folk rock band Mumford & Sons of England.

The other two songs are woven into the story, the darkly comic “Song of Mor’du,” featuring Billy Connolly, and the breathtakingly touching “Noble Maiden Fair,” sung in Gaelic by Emma Thompson and Peigi Barker (the English lyrics are printed on the CD booklet). The soundtrack CD is available at select Disney Parks locations (you can spot it in the photo in Steven’s post about “Brave” merchandise). Also from Walt Disney Records is the Songs and Story edition of “Brave,” with four songs and a narrated story with soundtrack dialogue. Both are available at your favorite store or by download.

In addition to seeing the movie, Magic Kingdom Park guests (maybe even you?) have already been getting to know leading lady Merida in person. And brand new at Epcot – your kids can experience the fun and Scottish flair at the new BRAVE — The Highland Games Tournament!

Read these posts for more ways to encounter “Brave” at Disney Parks:

Likes (0)
Share Sights & Sounds at Disney Parks: ‘Brave’ is a Feast for the Ears as Well as the Eyes