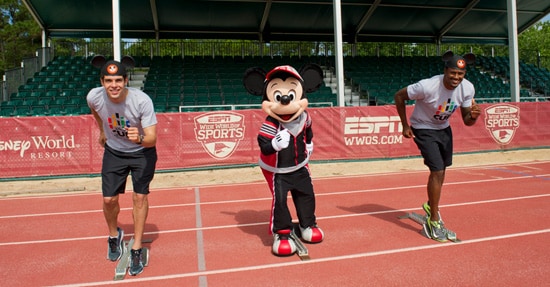 The Olympics are a little more than a month away and everyone is getting into the Olympic spirit – even other megastar athletes like soccer legend Kaká. The Brazilian soccer great stopped by the ESPN Wide World of Sports Complex today and couldn’t resist checking out the handful of Olympic contenders who regularly train at the complex with renowned track coach Brooks Johnson. 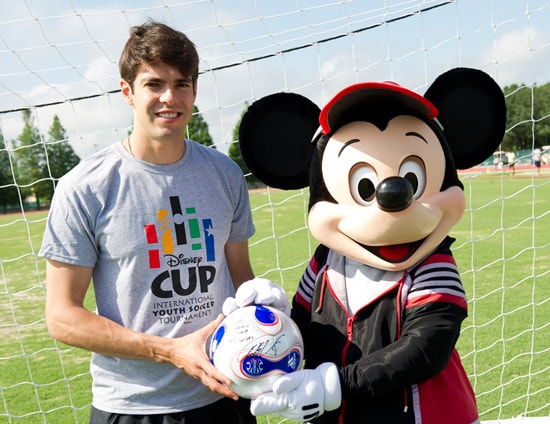 Kaká, who apparently won’t compete in the Olympics but will compete for Brazil in the 2014 FIFA World Cup soccer tourney in Brazil, mixed and mingled with several Olympic hopefuls including Olympic bronze medalist David Oliver, as well as Mickey Mouse who didn’t want to miss out on all of the fun. Kaka posed for a few photos, autographed a few soccer balls and donned a Disney Cup International Soccer t-shirt. 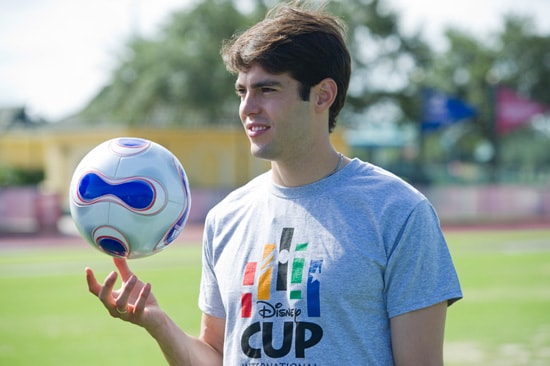 After several days of vacation at Walt Disney World Resort, Kaká will head back to Brazil. Meanwhile, the Olympic track stars will continue preparing for next week’s US Olympic Trials, which determine who will make the US team that will compete in the Summer Games in London starting in late July.