If you didn’t get a chance to run in the wildly popular inaugural Tinker Bell Half Marathon Weekend last year at Disneyland Resort, now is your chance to get in on the fun. Registration for the 2013 race is now open at www.runDisney.com. 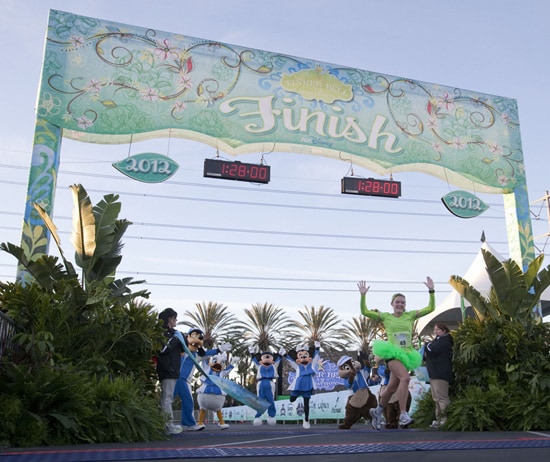 Last year’s race sold out quickly, with more than 17,000 runners registering for the various events during the weekend, all of which are geared toward women. Kellie Nickerson of New Mexico won the inaugural race, which also featured a few celebrities, such as Megyn Price (“Rules of Engagement”) and Sean Astin (“Lord of the Rings” and “Rudy”).

The second annual event should be just as entertaining. In addition to running through Disneyland park, Disney California Adventure park and the streets of Anaheim, runners will also get to run through the new Cars Land at Disney California Adventure park. Like all runDisney events, the 2013 Tinker Bell Half Marathon will feature events for the entire family, plus music, entertainment and beloved Disney characters along the 13.1 mile course. The reward at the end is a coveted Tinker Bell medal with its own set of “wings”.

To sign up for the race or any runDisney race, go to www.runDisney.com.

Check out more of the latest runDisney news in the posts below:

Destinations: The Second Chance to Get Your Tinker Bell Wings at Disneyland Resort Begins at Noon Today