Today we celebrate Flag Day, which commemorates the adoption of the flag of the United States of America. The Stars and Stripes are always on display at the American Adventure Pavilion at Epcot, but inside the main building (seen below just before opening in 1982), there is a tribute to the numerous flags raised over the United States during the course of our history. 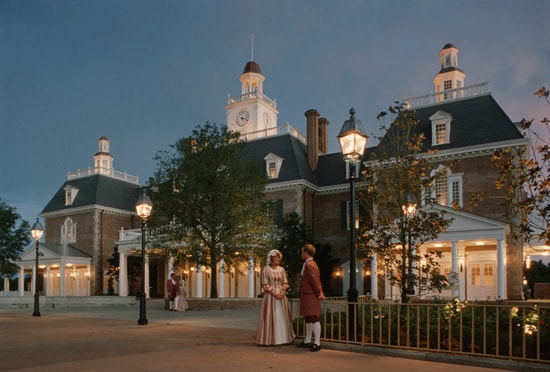 As you ascend the escalator or walk up the steps to the American Adventure Theater inside the main building, the Corridor of Flags showcases 44 former flags, including some of foreign countries.

While many flags have flown over our great nation throughout the years, today, the 50 stars and 13 stripes of Old Glory are proudly hoisted around Walt Disney World Resort.