Wildlife Wednesdays: Is It a Zebra? Is It a Giraffe? No, It’s an Okapi – New Baby Welcomed to Disney’s Animal Kingdom Family

The cast at Disney’s Animal Kingdom is delighted that we get to introduce our guests to so many rare and fascinating animals. One of those is the okapi, an animal that, because of its stripes, is often thought to be related to the zebra but, actually, is the only living relative of the giraffe. 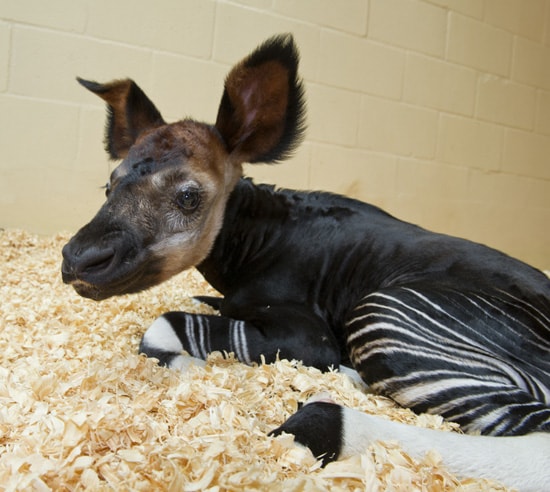 We are very happy to announce that late last week — on June 21 — we welcomed a new okapi calf to the Disney’s Animal Kingdom family. Our teams usually take some time deciding on names for new arrivals, but they quickly chose the African name “Nafuna” for the female calf—it means “delivered feet first.”

Guests will have two opportunities to catch a glimpse of the okapi calf a couple of months from now, when she goes out in the park’s Ituri Forest. Guests can see okapi when they ride the Kilimanjaro Safaris Expedition and when they travel the Pangani Forest Exploration Trail.

In the wild, the okapi is considered rare, and they are threatened by habitat loss due to logging and human settlement, as well as by hunting.

Likes (0)
Share Wildlife Wednesdays: Is It a Zebra? Is It a Giraffe? No, It’s an Okapi – New Baby Welcomed to Disney’s Animal Kingdom Family