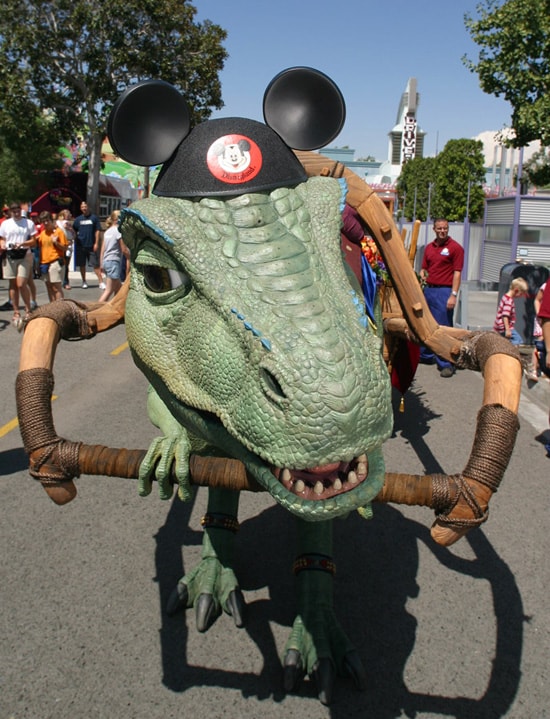 Caption This: Lucky the Dinosaur at Disney California Adventure Park

It was nine years ago next month that I first met Lucky the Dinosaur. We were at the Natural History Museum of Los Angeles to introduce Lucky, and the innovative technology from Walt Disney Imagineering that makes him possible, to the world. If you’re not familiar with Lucky, he’s a free-roaming, people-loving, 12-foot-long, 450-pound dinosaur who has occasionally appeared at Disney Parks. I last saw him at the D23 Expo in 2009.

We snapped this picture of Lucky roaming Disney California Adventure park during his very first visit in September 2003.

So, put on your pre-historic thinking caps and … “Caption This!”