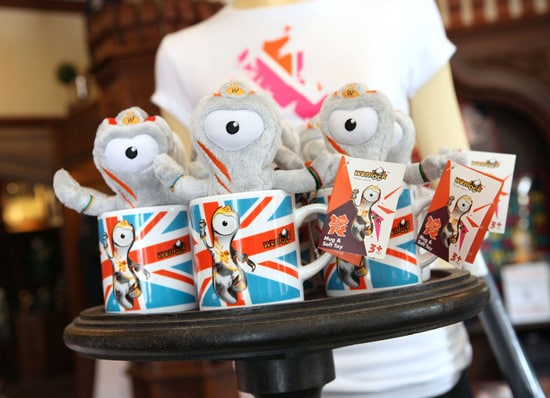 Commemorative Olympic Merchandise at the United Kingdom Pavilion in Epcot

I’ve been spending a lot of time at the United Kingdom Pavilion in Epcot lately. Recent articles for the Disney Parks Blog had me discussing Beatles merchandise and giving a first look at new Celtic jewelry. I’ve never been to England, but it’s on my ever-growing “places I need to visit” list. However, there are many people who will be traveling to London this summer, as athletes from around the world gather for the Olympic Games. The games will take place from July 27 to August 12, and, like many of you, I will be watching the drama unfold on my television. While Disney Theme Park Merchandise hasn’t developed anything specifically for the games, I did find an assortment of Olympic-themed items during a recent visit to World Showcase. 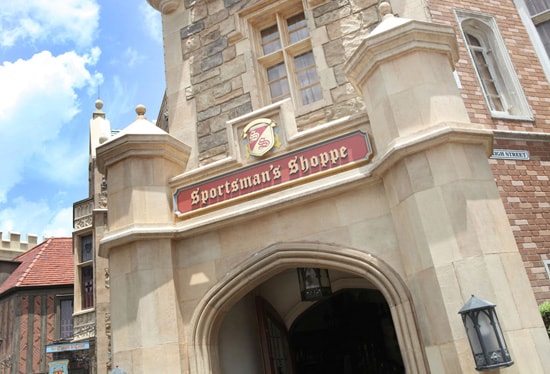 The Sportsman’s Shoppe, located across from the Rose & Crown Pub & Dining Room, is the appropriately themed destination for Olympic merchandise at Walt Disney World Resort. I spoke with Sylvie Brumbaugh, Product Developer for World Showcase, about the assortment. 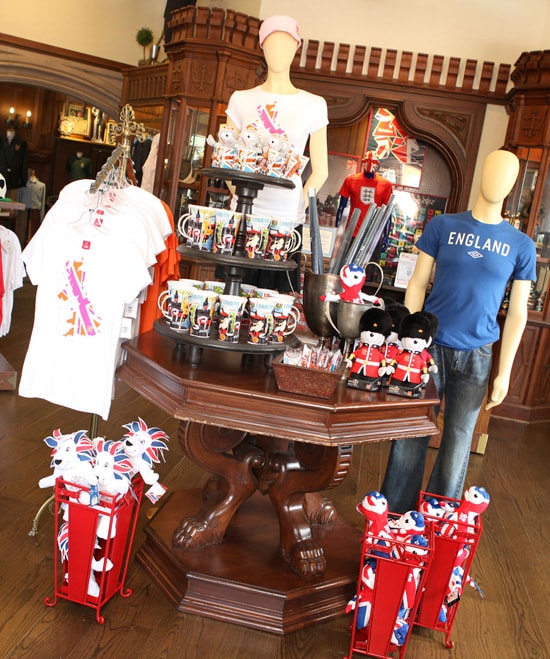 “With the games taking place in London, I thought it was important to have the United Kingdom Pavilion carry some kind of merchandise to commemorate this event,” explained Sylvie. “I worked directly with the United States Olympic Committee to identify a small assortment of items including T-shirts, mugs, plush and a few other things.” 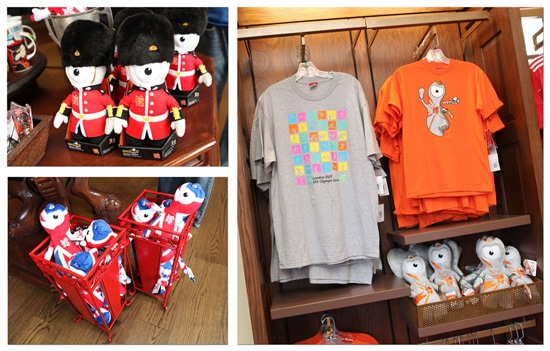 One recognizable item Sylvie picked was a plush featuring one of the official Olympic mascots, Wenlock. According to the London 2012 games website, the mascots, Wenlock and counterpart Mandeville (who represents the Paralympic Games), were “created from the last drops of steel left over from the construction of the final support girder for the Olympic Stadium.” Sylvie selected a few different Wenlock plush, including my favorite, the Queen’s guard.

Wenlock is also featured on a T-shirt, along with T-shirts for women and men featuring the London 2012 games logo. To round out the assortment, you will find some coffee mugs and a very small selection of pins.

I hope you will join me in sending good thoughts to all of the athletes participating this year.

Read more news about merchandise available at Epcot in the posts below: