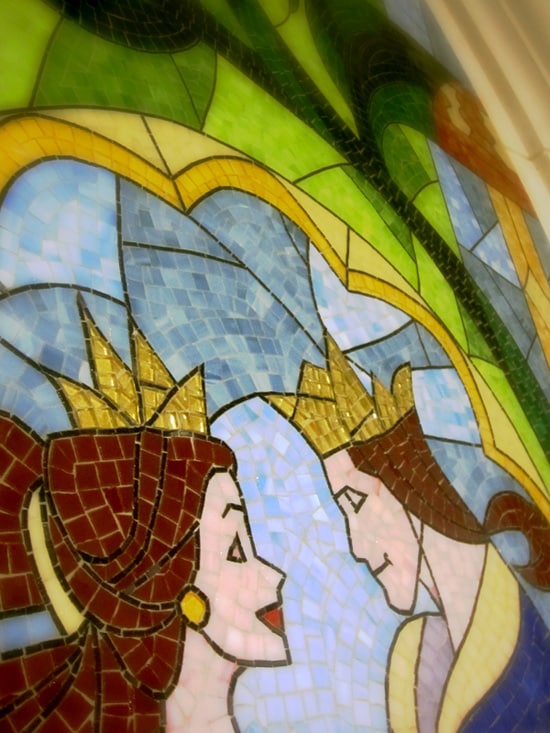 Did you see the latest sneak peek from inside New Fantasyland? Our exclusive “All in the Details” blog series continued this week with a look at how tile mosaics at the Be Our Guest Restaurant will tell Belle and Beast’s love story through colorful pictures. Walt Disney Imagineering even shared a look at the intricate doorway columns inside the restaurant in Jenn’s original post. Go check it out.

And regular readers of the Disney Parks Blog already know that guests can “Glow with the Show” at “World of Color,” but did you know the new “Glow with the Show” Ears will activate in other locations, too? Erin and Disney California Adventure park Vice President Mary Niven shared some new details on these special ears.

California Grill at Disney’s Contemporary Resort Gets Ready for a New Look – Pam Brandon sits down with Chef Brian Piasecki to talk about upcoming plans for this popular Walt Disney World Resort restaurant.

A Look Ahead to the Disney Magic in Barcelona Next Summer   – Barcelona is just one of the stunning European destinations Disney Cruise Line guests will get to visit in summer 2013.