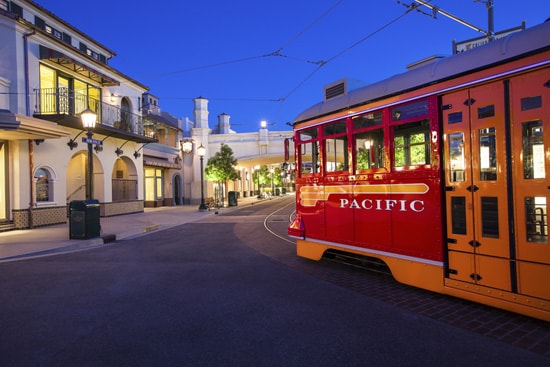 Last week, we shared a Q&A with Cars Land Imagineers Kathy Mangum and Kevin Rafferty. This week, we’ll hear about the new Buena Vista Street at Disney California Adventure park from three of the Imagineers who led the effort to bring this new area to life.

How have you created an emotional connection for guests on Buena Vista Street?

Every piece has to be there when you walk into a story, to know where you are, what time it is, what’s happening and to really be able to take in the music, the colors and the ornamentation on the architecture. The whole street coming alive is meant to put you right there in the steps of Walt when he first stepped off the train in California and all the optimism and opportunity he felt was there for him at the time.

The sense of optimism will be very obvious on Buena Vista Street, and that story is told at the highest level of detail. Then there are many more levels of details, which our Disney fans will recognize and discover. I think we accommodate everybody as deep as they want to go, and the more you want to know, the more you’ll get out of it. I think we’ve covered it, too, for people who may be visiting a Disney park for the first time.

What are some of your favorite aspects of Buena Vista Street?

I love Los Angeles and there are so many details I could say are my favorites…I think it’s going to be the feel of that street and how different it’s going to appear to everyone as they just enjoy being in the moment.

What’s the Disney history behind the shop names and other items along Buena Vista Street?

At the front of the park, we have the gas station, which is called Oswald’s, and Oswald was an early Disney character… Then we have Los Feliz Five & Dime, a merchandise store that features everyday consumer products. The names of the shops, and the names of the restaurants, are all based on Disney history — and especially the history that surrounded Walt Disney and the Disney brothers’ arrival in the 1920s. We have Fiddler, Fifer & Practical Cafe, which is named after the Three Little Pigs from the Academy Award-winning animated short. We also have a merchandise location called Atwater Ink & Paint. It refers to the Atwater Village district of Los Angeles where Disney and the animators from Disney Studios spent a lot of time.

We have a new Walt and Mickey statue, called ‘Storytellers.’ We made a conscious decision to put the statue down on street level with the rest of our guests, rather than up on a monumental planter, like at Disneyland park. Set in this time period, Walt Disney could have been you or I, or anybody at that time, out on the street. It’s part of the story of the street, a story of humble beginnings. It’s a story of a wonderful, inspirational time period with a wonderful, inspirational, gifted man who created what we can now enjoy as The Walt Disney Company.

Will this be just like a street in Los Angeles?

You can’t go to Los Angeles and see a building that exists like you’re going to see on Buena Vista Street. The buildings that we referenced have been torn down, so we found them through historical photographs and began to design from there. Transporting our guests to another place and time like this, in the traditional Disney storytelling way, gives Disney California Adventure park a much more enriched environment to start the day for our guests.

Read more about Buena Vista Street in the posts below: