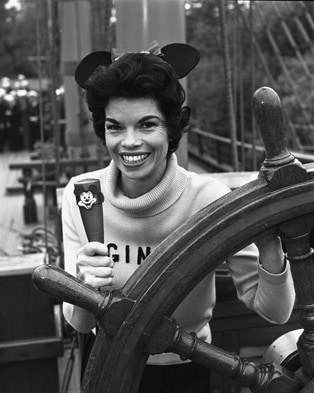 You may not know Ginny Tyler by name, but she is a Disney Legend whose extraordinary voice talents still grace Disney films, recordings and attractions, including Walt Disney’s Enchanted Tiki Room, in which you can hear her in the preshow as a Tiki Goddess.

But those of us who remember the earlier version of Snow White’s Adventures in the 1970s may also remember her as the voice of the Wicked Witch, screeching the immortal “Enjoy your ride…HA HA HA HA HA!” Ironically, we lost this talented and gracious lady last Friday the 13th. 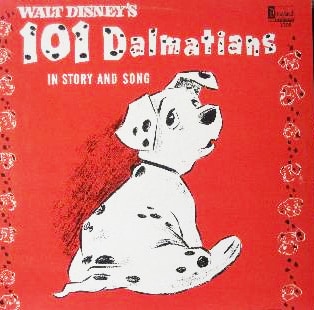 Ginny’s “creepy hag” voice came in handy in 1961, when she sang “Floretta” on the Disneyland Records “studio cast” version of Walt Disney’s “Babes in Toyland,” performing as both the old gypsy lady and Tom Piper. Adept at doing little boy voices as well as teenage girls and elegant ladies, she was a frequent presence on such Disney albums as “Acting Out the ABC’s,” “The Wizard of Oz” and, as Rolly the Puppy, narrating the Storyteller album of “101 Dalmatians.”

Perhaps what cemented her voice talent into immortality was her performance as the little Girl Squirrel in Walt Disney’s “The Sword in the Stone,” taking what might be a gimmicky chirping voice with no actual dialogue and helping create one of the most touching, amusing and empathetic characters in the film.

Onscreen, Ginny was, in effect, the “last original Mouseketeer.” When the “Mickey Mouse Club” was re-introduced for national TV syndication in 1962, Southern California viewers were treated to special new sequences in which Ginny explored Disneyland park. She interviewed cast members, ventured behind the scenes, and shared the fun in almost every nook and cranny.

Ginny’s skill at imitating animals and birds led to a lot of film and TV work, including the voice of Polynesia the Parrot for Fox’s 1967 musical “Doctor Dolittle,” starring Rex Harrison. Numerous cartoon voices included teen adventurer Jan on Hanna-Barbera’s cult classic “Space Ghost” and Sue Richards for DePatie-Freleng’s animated version of Marvel’s “Fantastic Four.” And if you had any of those little “Tele-Story” book and cassette read-alongs in the 1970s, Ginny was usually reading to you in her warm, Barbara Eden-like voice.

Narration had been one of Ginny’s specialties as early as 1960, when she became the very first “Disneyland Storyteller,” retelling the tales of “Cinderella,” “Alice in Wonderland,” “Peter Pan,” “Bambi” and others for Disneyland LP Records, most featuring illustrated books. This was a role that even Walt Disney considered to be an extra-special one.

On one memorable day, Ginny was sharing her enthusiasm for Disneyland park with Walt. “And I was raving away to Walt how wonderful Disneyland was,” she recalled. “Walt said, ‘And that goes for my Disneyland Storyteller, too.’

“I have never felt prouder in my entire life.”

Look below for more posts from the “Sights & Sounds at Disney Parks” series: