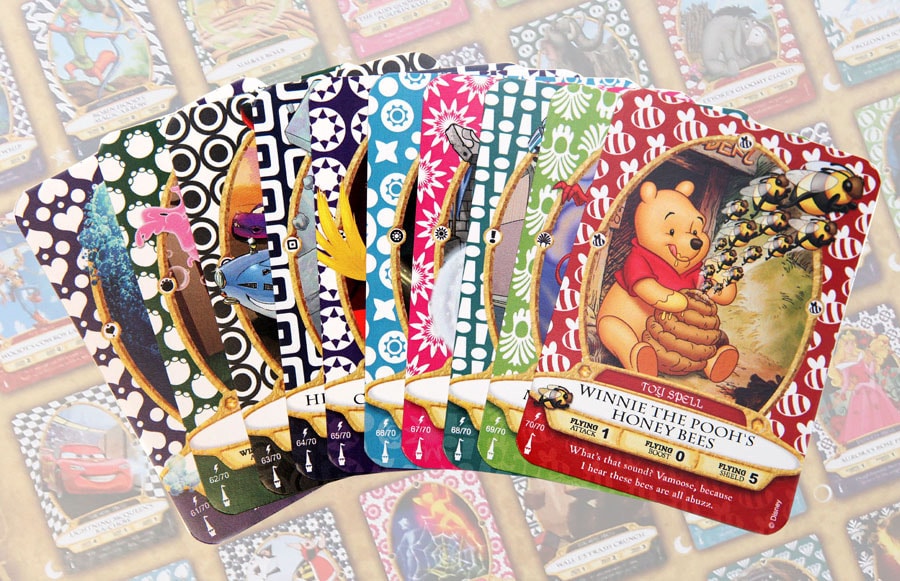 In early June, I participated in a live chat with Imagineer Jonathan Ackley about Sorcerers of the Magic Kingdom. This interactive, role-playing adventure lets apprentice sorcerers help Merlin keep the Disney Villains from taking over the Magic Kingdom. It’s a fun experience that I’ve had a chance to play with my son. During the live chat, several readers asked about the remaining spell cards – numbers 61 to 70. I have good news; Disney Theme Park Merchandise is introducing a new trading card game in August that is based on Sorcerers of the Magic Kingdom. This at-home game includes a way to obtain those super rare spell cards plus a whole bunch more. I spoke with Cody Hampton, Associate Developer for toys and games, about what to expect. 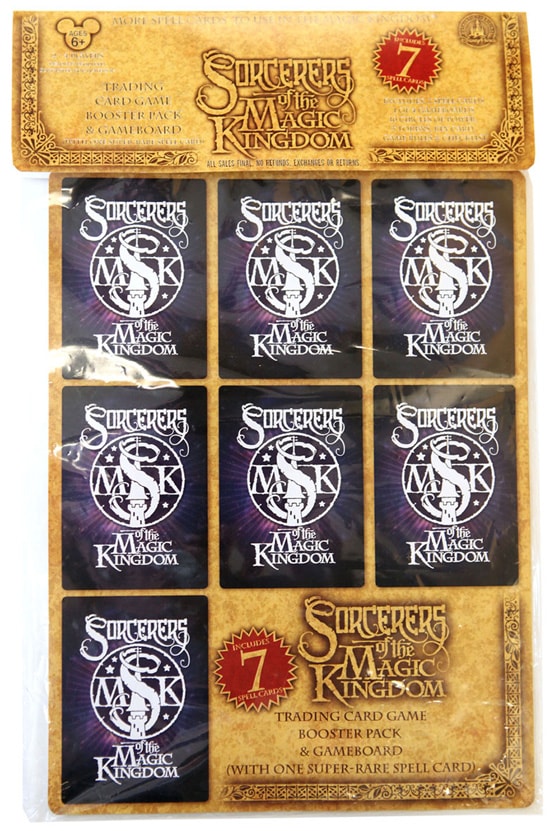 “We wanted a way to extend the magic found with the Sorcerers of the Magic Kingdom experience beyond the park,” explained Cody. “We created a trading card game that allows guests to use the cards from their in-park experience in a whole new way at home.” 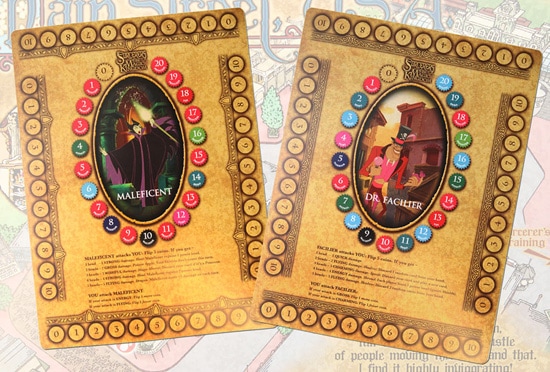 “We worked closely with Walt Disney Imagineering while creating the game,” said Quynh. “They provided images from the in-park experience for the at-home version. There are four different game boards featuring Maleficent, Dr. Facilier, Jafar and Cruella DeVil. Much like the in-park game, the goal is to work together as a team to get the villain’s power level to zero. The game rules are very thorough but easy to understand. I think anyone ages six and up will have a fun time playing.”

The game will launch on Friday, August 17, at the Emporium at Magic Kingdom Park. It will eventually be released at several additional Walt Disney World Resort locations, and it will be carried via the online Disney Parks Store at a future date. 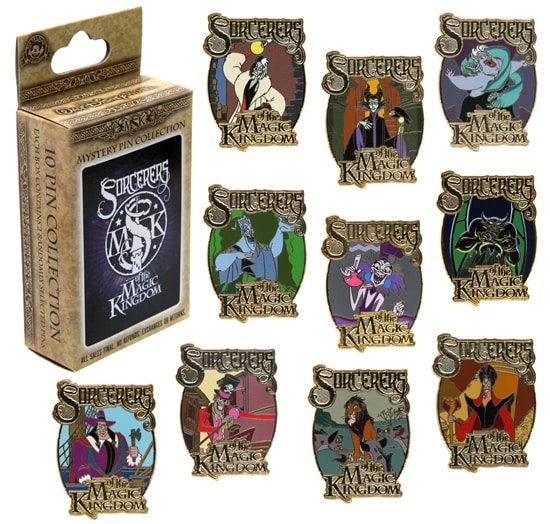 A new mystery pin set is also planned for release later this year. I shared artwork of the set during the live chat. Now, I’m happy to share with you the actual pins from this Disney Villains-themed set – how wonderful to see my favorite villain, Hades!

Read more about Sorcerers of the Magic Kingdom in the posts below: