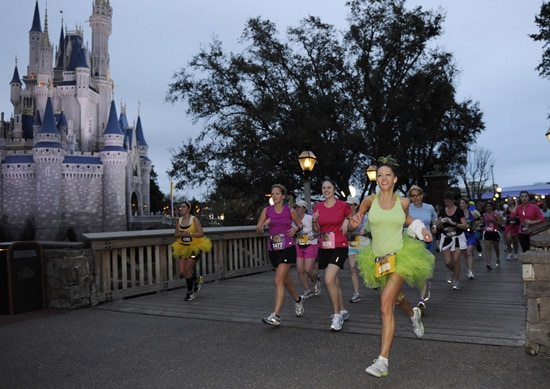 Registration opened today for Disney’s Princess Half Marathon Weekend, and if you haven’t run in this race, this might be the time to do it.

That’s because our runDisney team is working on a commemorative finisher’s medal for the 2013 race here at Walt Disney World Resort to mark the fifth anniversary of the race weekend, which is geared toward women and their active, healthy lifestyles. And the 2013 race will be the only one where you can get this special medal.

In the meantime, if you even think you might want to run, you’d better sign up early. This Princess race is a hot ticket. The race sold out last year in only a few months, with some 19,000 runners registering for the 13.1-mile run. This year the field is expected to swell to more than 20,000.

Like other runDisney races, this one, scheduled for February 22-24, will have fun stuff for runners of all ages and skill levels – everything from a Mickey Mouse and Minnie Mouse Royal Family 5K to several Kids Races, plus a health and fitness expo with lots of running apparel and equipment geared toward women.

To sign up for the race or any runDisney race, as always, just go to runDisney.com.