The Walt Disney World Resort is a great place to visit, not only because of our incredible theme parks and resorts, but also because of the beautiful, natural surroundings. Many of you may know that nearly one-third of the property has been set aside as a dedicated wildlife conservation area. What you may not know is that, in addition to caring for the animals at Disney’s Animal Kingdom, Disney’s Animal Kingdom Lodge, The Seas with Nemo & Friends and the Tri-Circle-D Ranch, Disney’s Animal Care Team monitors birds, butterflies, reptiles and other native wildlife that make their home on Walt Disney World Resort property. 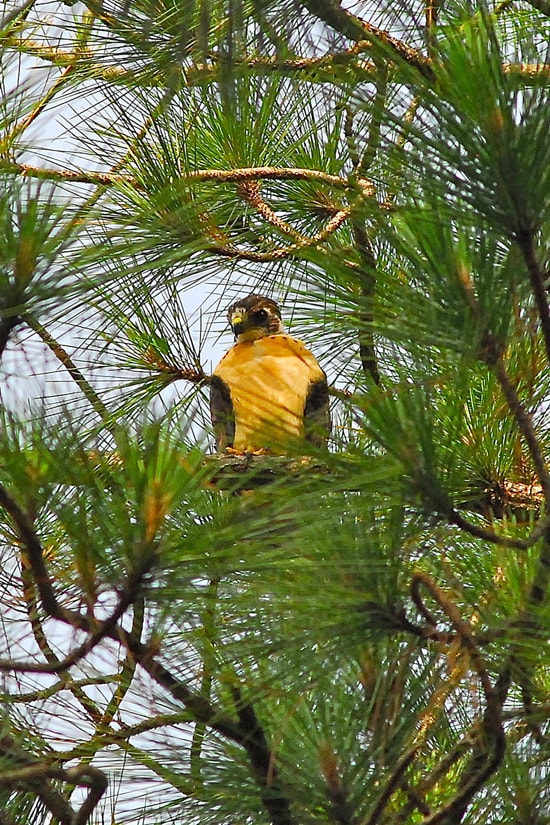 As part of this work, we’ve been keeping an eye out for short-tailed hawks – a species of concern in the state of Florida and considered one of the rarest, least understood birds in North America. Considering that there are fewer than 200 breeding pairs of this kind of hawk in Florida, we were very excited to find our first pair of breeding short-tailed hawks here at the Walt Disney World Resort in 2005. 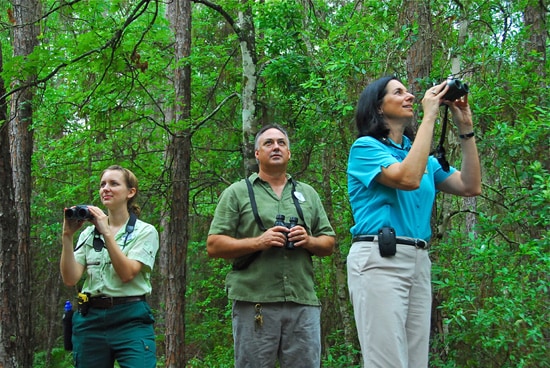 A pair of these hawks has been coming back to Walt Disney World Resort property each year for several years to nest and rear their young. This year, we were thrilled to discover a second pair and were able to regularly monitor the chick until it finally left the nest. Next time you visit the Walt Disney World Resort, be sure to spend some time connecting with nature by observing the amazing native wildlife and enjoying the beautiful green spaces—you might even have a short-tailed hawk sighting.