World of Disney Comes to Disney Village at Disneyland Paris 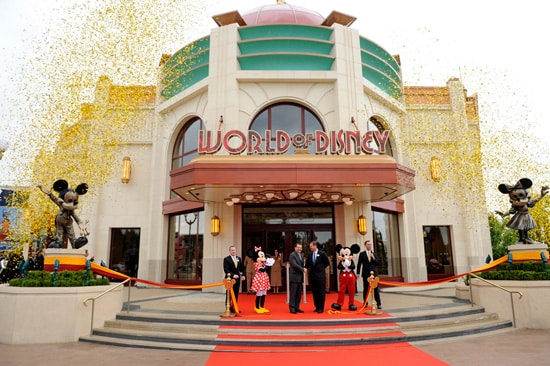 World of Disney has long been a premiere shopping destination at Disney Parks. The first location opened in 1996 at Downtown Disney Marketplace in Florida. The second opened in 2001 at Downtown Disney District in California. There was even a World of Disney that operated on 5th Avenue in New York City during the middle part of this past decade. On July 12, our newest store officially opened at Disneyland Paris as part of their 20th anniversary celebration. I spoke with the team in Paris, who provided a few details and photos of the location. 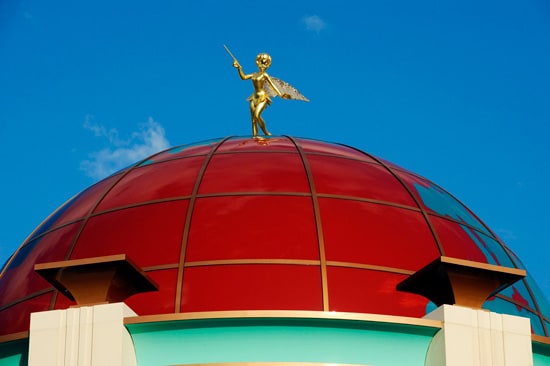 Located at the entrance to Disney Village, near the entrance to Disneyland Park, Walt Disney Studios Park and hotels, the store contains about 15,000 square feet of shopping space (about 1400m2 for those using metric). Like its sister locations in the United States, this destination will be home to a huge selection of souvenirs. The Paris team told me that this location is considered their flagship – or “grand magasin” – location. I love the 1920s, art deco style of the location (I want my house to look like that one day). Art deco was created in Paris, so the team felt it was a great tribute to a classic French art style. The outside features eight bas-reliefs showing Disney characters and the Eiffel Tower. The rotating domed roof represents a retro-lit globe and has Tinker Bell gilded in gold leaf on top (the dome takes a little over one minute to rotate). 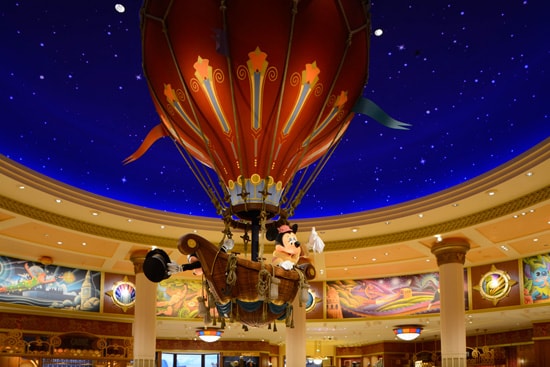 Inside, the center piece is a hot air balloon with Mickey Mouse, Minnie Mouse and Pluto. (It reminds me of my favorite scene from “Impressions De France” at the France Pavilion in Epcot.) There is also a series of murals that pays tribute to the five continents that line the walls. The center area is supported by 10 columns, which is a tribute to major Parisian department stores.

I’ve never been to France, but after seeing these photos I think I need to go! Bienvenue à World of Disney!

Check out these posts for more news from Disneyland Paris: