Last week, Aubrey Anderson-Emmons, the youngest star of ABC’s “Modern Family,” had a chance to meet the star of one of the newest Disney Parks interactive experiences. 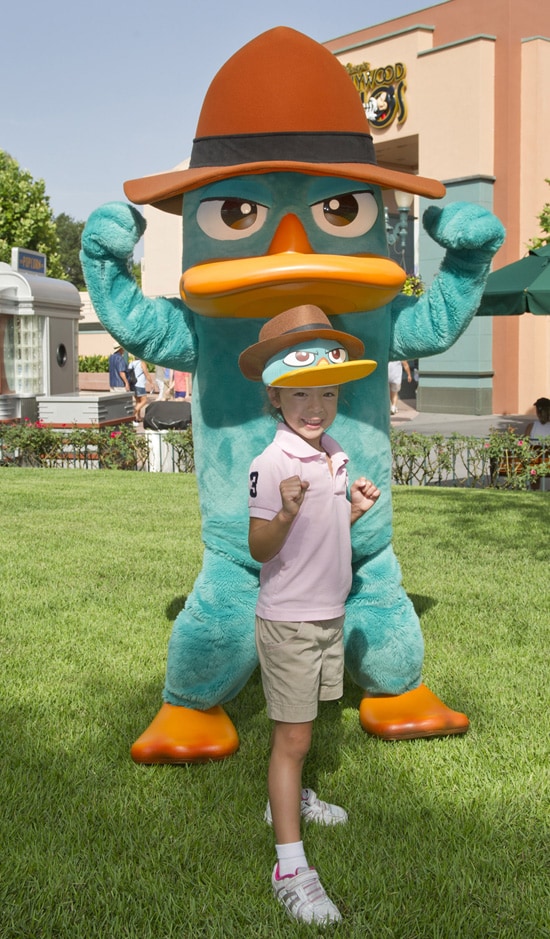 The pint-sized starlet, who portrays “Lily” on the hit comedy series, caught up Friday with Agent P at Disney’s Hollywood Studios. Agent P can be spotted by sharp-eyed guests in the new Disney Phineas & Ferb: Agent P’s World Showcase Adventure at Epcot.

Aubrey and her dad, Kent Emmons, shared a few laughs with the fedora-wearing alter-ego of Perry the Platypus. A fan of the Disney Channel show, Aubrey showed off some of her own secret-agent skills to the cartoon crime fighter.

And she had even more reasons to celebrate while on her Walt Disney World Resort vacation. During the 2012 Emmy Awards nomination announcements on Thursday, “Modern Family” received 14 nominations — the most for any comedy series this year. The 64th Primetime Emmy Award ceremony will air September 23 on ABC.

Read about other celebrity visits to Walt Disney World Resort in the posts below: