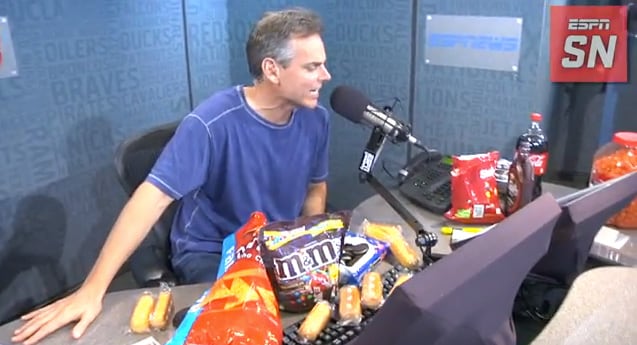 More and more celebrities are signing up to be a part of the 20th anniversary Walt Disney World Marathon Weekend presented by Cigna. Alison Sweeney, host of the popular reality show “The Biggest Loser,” and ESPN personality Colin Cowherd signed up weeks ago.

But recently Drew Carey, Gilles Marini, Sean Astin, Kit Hoover, Jenna Morasca and Ethan Zohn threw their names in the hat, too. Astin and Carey are taking on the 26.2-mile full marathon, while the other celebs are sticking to the 13.1-mile half marathon during the historic race weekend, January 10-13, at Walt Disney World Resort.

Cowherd, Sweeney, Marini (“Sex and the City: The Movie” and “Dancing with the Stars”), and Hoover (“Access Hollywood” co-host) are the runDisney newbies. Hoover and Sweeney have run other half marathons, but this will be the maiden voyage for Marini and Cowherd, both of whom have never run a half marathon previously.

Cowherd, in particular, is apparently not the least bit nervous about biting off a half marathon. In fact, he’s been having a lot of fun with it. Check out the video below, which appeared on the runDisney Facebook page and on Twitter, and you’ll see what I mean.

By the way, you can run with these celebs. The weekend races are filling up, but you can still register at runDisney.com.

Get more news about the upcoming Walt Disney World Marathon in these posts: