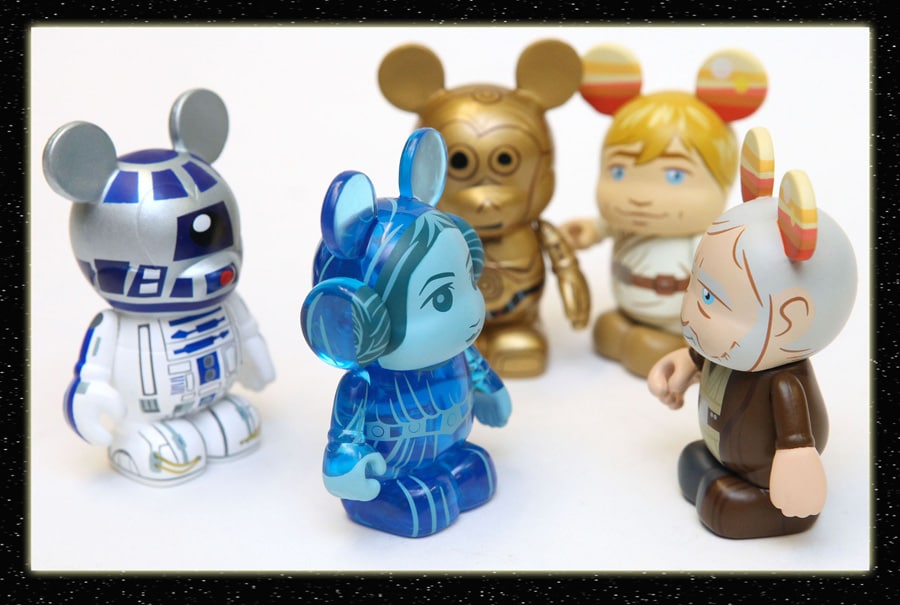 Disney Parks has a long history with Star Wars that dates back to 1987 with the opening of Star Tours at Disneyland park. Since that time, we have offered a variety of collectibles including action figures, pins, shirts and more. I’m happy to report that Disney Theme Park Merchandise will be attending Star Wars Celebration VI, a Star Wars fan event coming to the Orange County Convention Center from August 23-26, 2012. This year, we have created some items that fans will only find at this event.

One of those event exclusive items is a 3-inch Vinylmation figure of Princess Leia as a hologram. This figure has an edition size of 2,500, and is considered the variant figure to the Leia figure found in Vinylmation – Star Wars #2 series (which will also debut at the event on August 23 and will later be sold at Disney Parks). 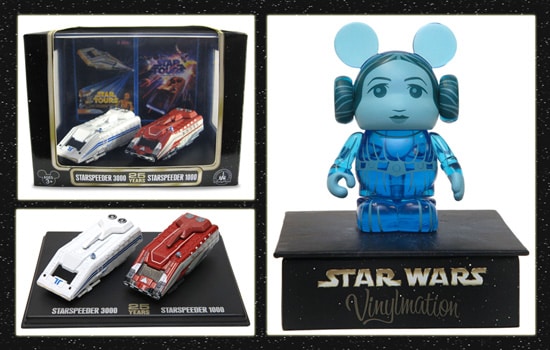 Another Celebration VI exclusive item will be the 25th Anniversary Starspeeder die-cast set. This set features both the Starspeeder 3000 (for the first time ever) and the Starspeeder 1000 from Star Tours – The Adventures Continue. 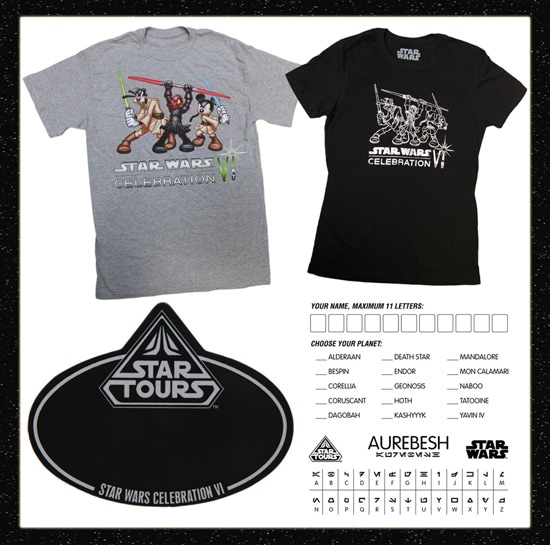 Fans attending the event will also find two event tee-shirts with Disney characters playing the roles of Star Wars characters. We are also introducing an Aurebesh nametag with a few additional destinations not found during Star Wars Weekends 2012.

For those guests who missed being “frozen” in carbonite, the Carbon-Freeze Me experience will return for a limited, four-day engagement during the event. Using state-of-the-art imaging technology, this experience casts your likeness as a three-dimensional, eight-inch figurine (as seen in this video by my fellow Disney Parks Blog author Gary Buchanan and Star Wars: The Clone Wars star Ashley Eckstein). Retail is $99.95 (plus shipping), and event guests can participate on a first-come, first-served basis. 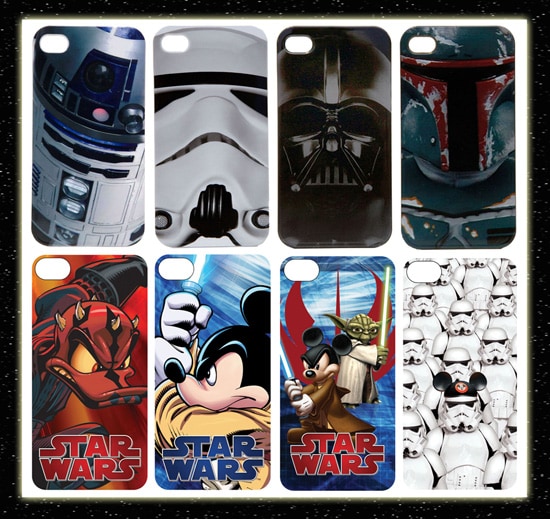 Speaking of printing, we are introducing “D-Tech On-Demand,” a new option where guests can select from 12 different iPhone 4/4S case designs and watch as they are printed onsite. The four cases in the top row will premiere at this event, while the bottom row features some designs that can be printed.

Finally, we will offer a first purchase opportunity for the next waves of Disney and Muppet character action figures (which are coming to Disney Parks later).

If you are attending the galactic celebration, please stop by booths #331 and #341 to say hello.