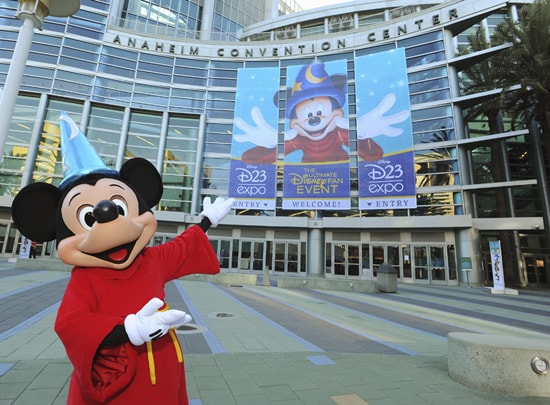 Tickets for the D23 Expo: the ultimate Disney fan event, will be available to guests beginning August 9 at 10 a.m. PT.

Presented by D23: The Official Disney Fan Club, the D23 Expo – the largest Disney fan event in the world – will take place right across the street from Disneyland Resort at the Anaheim Convention Center August 9-11, 2013.

The 2013 D23 Expo promises to be even more spectacular! In response to great fan demand, the Expo will feature an overflow theater for the D23 Arena to accommodate more than 2,000 guests for live streaming of the popular presentations, nearly double the seating in the Stage 28 venue and an expanded show floor and Collectors’ Forum to provide even more memorable experiences for guests.

Returning to the Expo are the Disney Legends Awards to honor the talented men and women who have contributed to the Disney legacy, the 12,000 square-foot Treasures of the Walt Disney Archives exhibit and the Fan Art Contest, which this year will be themed to Walt Disney’s classic film “Mary Poppins” (a year-long 50th anniversary celebration for the film will kick-off at the Expo).

Discounted tickets for D23 Expo 2013 will be available for a limited time, from August 9–December 31, 2012, and D23 Members save even more! For complete information on tickets and the ticket pricing structure for members and general admission, visit www.D23Expo.com.