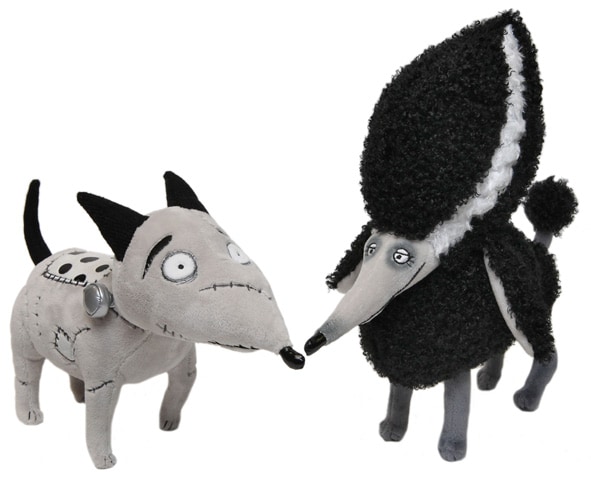 A few weeks back, friend and fellow Disney Parks Blog author Erin Glover announced that “The Art of Frankenweenie Exhibition” will be making a stop on its worldwide tour right here at Disney California Adventure park on September 14. So naturally my detective-like instincts kicked into gear and here’s what I was able to dig up in the way of merchandise. 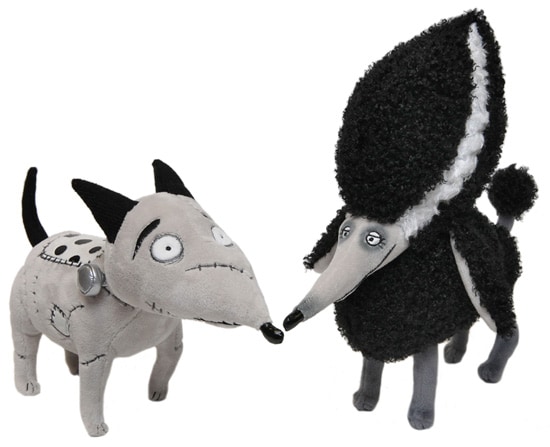 Right off the bat, I knew there were a few things that would spark your interest. You will definitely want to fetch the cute and cuddly plush of Sparky and Persephone. It’s “ruff,” but someone had to show them to you.

Other things you might find electrifying are a few media items including a cinematic storybook on the film, a novel, the official film soundtrack and the “Frankenweenie Unleashed” CD. We have also created two pins that will only be found at Disney Parks. The limited edition pin has an edition size of 1,000 and celebrates the opening day of the film; the other pin is an open edition logo pin. Both pins will be released in late September.

Now if you’re wondering what else we’ve brought to life then try on some of our “Frankenweenie”-inspired tees.

So grab your “best friends” and head to Disney California Adventure park to check out the new exhibition and of course all of our frightfully fun “Frankenweenie” merchandise. It will be available at Off the Page beginning September 14 for a limited time before making its way to other locations throughout the Disneyland Resort.

Passholders Tip! Be sure to watch the Disney Parks Blog this week for a special announcement about opportunities to preview this new exhibit.

Read more about Disney California Adventure in the posts below: