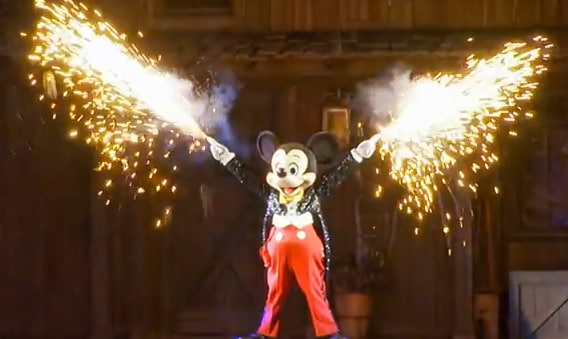 ‘Glow with the Show’ Now Glowing at Disneyland Park

You probably noticed that Disney California Adventure park has a certain “glow” this summer. As Erin Glover showed you  in July, special Mickey Ear hats that light up the night can be seen throughout the park at various spots in Cars Land, Mad T Party and “World of Color.” They’re called “Glow with the Show” ears and they use the latest, infrared trigger technology that allows guests to become part of the “Disney magic,” as their hats sync up to the colors in the shows and beat of the music.

Now these special ears glow at Disneyland park. More than 3,000 Annual Passholders recently gathered to glow with the classic guest favorite, “Fantasmic!” The sea of colorful ears was a spectacular sight. Check it out for yourself and then come to the Disneyland Resort and get your glow on!

You can get your own pair of “Glow with the Show” ears at select merchandise locations in Disneyland and Disney California Adventure parks or at the World of Disney store in Downtown Disney.

Destinations: ‘Glow with the Show’ Now Glowing at Disneyland Park