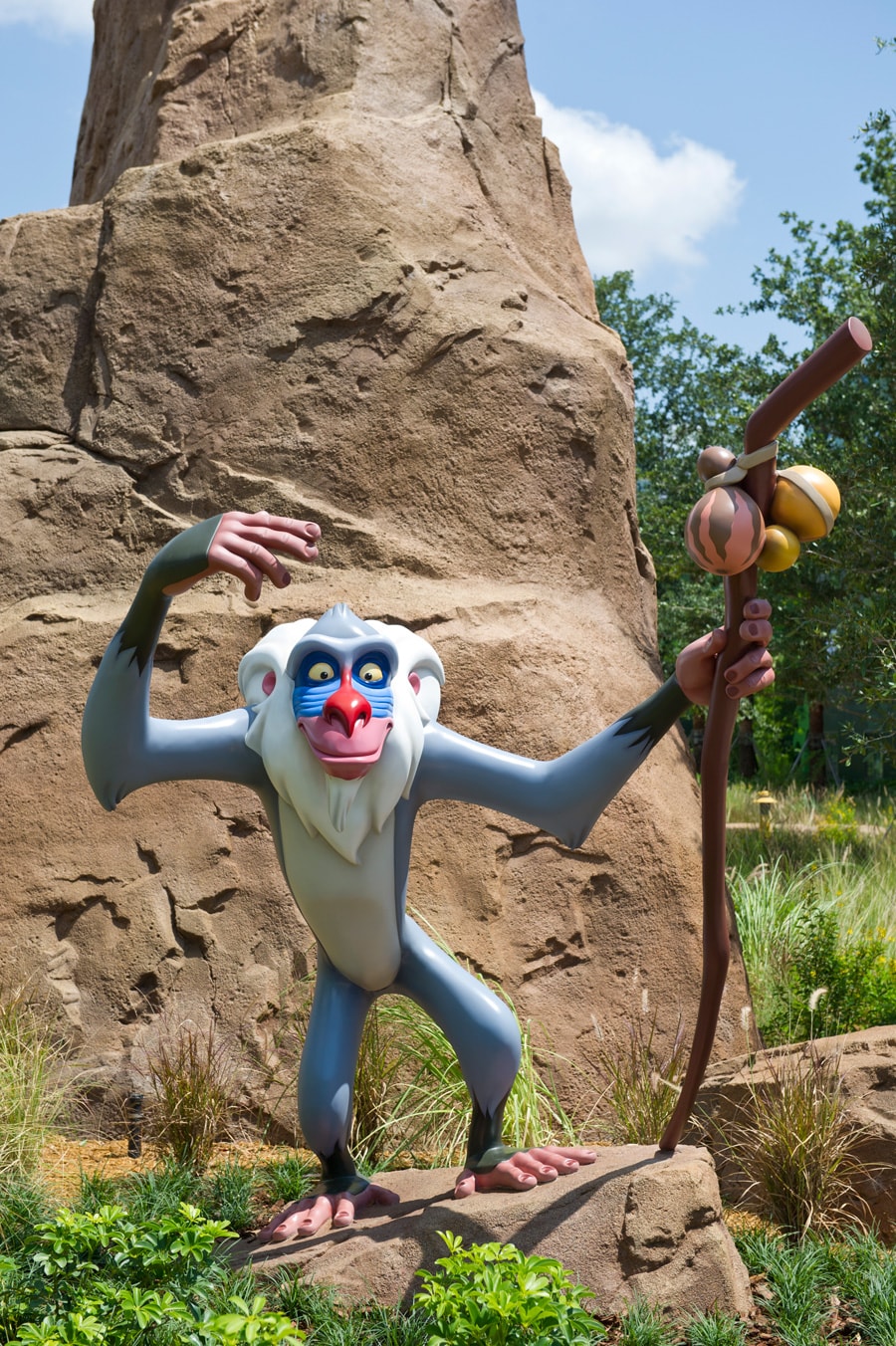 The theming of the latest wing of Disney’s Art of Animation Resort is so detailed and fun that its impossible to walk through the area without humming a song – any song – from Disney’s “The Lion King.” 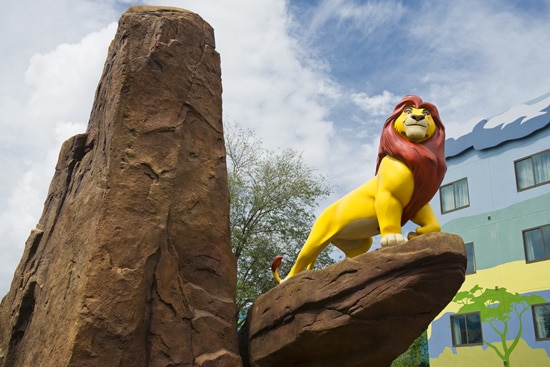 The new Lion King courtyard, which officially opens today, allows guests to step into the adventure of Simba the lion cub, with landscapes and theming that reflect the fun scenes from the film. Here, Pumbaa and Timon dance with a young Simba across a log bridge. King Mufasa towers atop Pride Rock while his evil brother Scar slinks in the shadows and his hyenas friends gaurd the elephant graveyard.

The fun continues inside each of the 320 family suites. Here, a figure of Zazu decorates the headboard, and Pumba and Timon appear on the shower curtain.

Which area sounds most appealing to you?