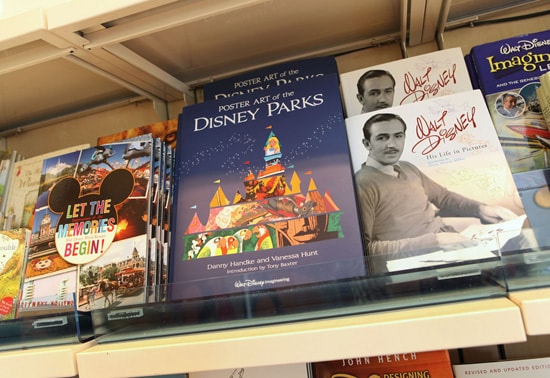 A few months ago, I told you about a new book featuring attraction posters and more from Disney Parks. I’m happy to report that the book has finally arrived at select locations in both Disneyland and Walt Disney World Resorts. To celebrate the arrival, we are holding a special event on August 18 at The Disney Gallery located on Main Street, U.S.A., in Disneyland park. Guests will have the opportunity to meet Imagineers and book authors Vanessa Hunt and Danny Handke from 9 to 11 a.m. Tony Baxter, senior vice president of Creative Development for Walt Disney Imagineering, who wrote the book’s introduction, will be attending, along with some of the Imagineers and poster artists, such as Larry Nikolai and Will Eyerman who created some of the beautiful attraction posters featured in the book. In addition, we are honored and excited to share the news that Disney Legend and Retired Imagineer, Rolly Crump will also be joining in the festivities.

I asked Danny if he recalled any memorable stories from the writing process.

“One of my favorite stories is from Disney Legend Rolly Crump about his Flying Saucers attraction poster and Walt Disney’s take on it,” replied Danny. “I don’t want to give away the story, but it was really cool to have Rolly share a personal interaction with Walt for the book.” 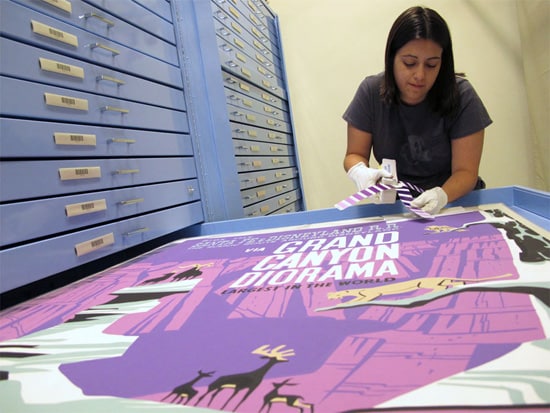 Being a long time fan of Disney history, I can’t express how much I love this book. The colors are vibrant, which Vanessa explained was intentional.

“We wanted fans to see the posters as they were originally designed,” explained Vanessa. “In addition to the artwork files, the Walt Disney Imagineering Art Library provided Pantone color call-outs to the printer to ensure the colors matched the original posters. It was a long process but the end result was worth it!”

“One memorable thing for me was discovering dozens of poster concepts by Disney Legend Sam McKim,” said Vanessa. “These Walt Disney World Resort poster concepts had not been seen by anyone in a very long time. Sam created about 16 different posters concepts for the Jungle Cruise in Florida. Six of those posters are featured on their own page in the book. He also created concept artwork for Tropical Serenade, America the Beautiful and Disney’s Polynesian Resort, just to name a few.”

If you are in California on August 18, I hope you are able to attend this event.